October is defined in Webster’s Dictionary as “31 days of horror.” Don’t bother looking it up; it’s true. Most people take that to mean highlighting one horror movie a day, but here at FSR, we’ve taken that up a spooky notch or nine by celebrating each day with a top ten list. This article about the best rodent horror movies is part of our ongoing series 31 Days of Horror Lists.

We deserve the rats. We pretend to be scared of these beady-eyed little furballs, but deep down we know our bowels would make better nests for them than the heaps of fast food garbage we stuff down there daily. If these ten films prove anything, it’s that rodents understand their purpose on this planet better than any dumb, deluded human. It’s time we give the planet back to the beasts.

For today’s horrific list, The Boo Crew — a.k.a. Chris Coffel, Valerie Ettenhofer, Kieran Fisher, Rob Hunter, Meg Shields, Anna Swanson, Jacob Trussell, and yours truly — are crawling into the wet pits of the earth and shining a light on the most enterprising critters of the ravenous rodent world. These films are filthy for sure, but the rats are rarely to blame. They’re here to clean nature’s house. They’re the best rodent horror movies! You’re probably wondering what a movie about a giant kid named Bobby is doing on this list of rodent horror movies. It might surprise you to learn that the oversized, foul-mouthed child who’s been GIF’d to hell and back isn’t actually the lead monster in the movie — but big rats most certainly are! Well-intentioned but idiotic animal activists release the beasts, and people start dying. Are the effects good? Nope. Is the acting memorable? Nope. Is the script engaging? Nope. Is this movie about giant, flesh-eating rats highly entertaining? Heck yes. (Rob Hunter) Loosely based on James Herbert’s The Rats novel, Deadly Eyes takes place in a Toronto that’s invaded by some giant, ‘roided-up rats who want to munch on the townsfolk. And by rats, I really mean Dachshunds that were dressed up as rats because the movie couldn’t afford any special effects. But they look the part and their reign of terror is a joy to behold. Deadly Eyes also scores points for having the rats eat a toddler for supper, which is a scene I don’t recommend watching if you like kids. If you don’t like the little jerks, it’s a treat. (Kieran Fisher) When easy solutions to large problems present themselves, you should probably reconsider if it’s a gift from god. Perhaps, this Miracle Grow “food” that bubbles up from the soil comes straight from hell’s kitchen instead. The Food of the Gods is barely based on the H.G. Wells novel The Food of the Gods and How It Came to Earth. It takes the tiniest thought from the book and chooses to attach itself to a film more Them than Jaws (the obvious, actual inspiration for the adaptation).

We get all kinds of giant creatures in this movie — wasps, slugs, etc. — but it’s the rats who are the stars. These ridiculous rodents tear their way through numerous extras, day players, and supporting cast members before coming face-to-face with Morgan (Marjoe Gortner). The football titan uses his brains, blows up a nearby dam, and drowns the fat beasties. The Food of the Gods has the last laugh, however, when it reveals the true threat not to be the rodents, but the juicy cows who produce milk for all the school children across the land. Drink up, kiddies, it’s time for your rodent horror smoothie. (Brad Gullickson) 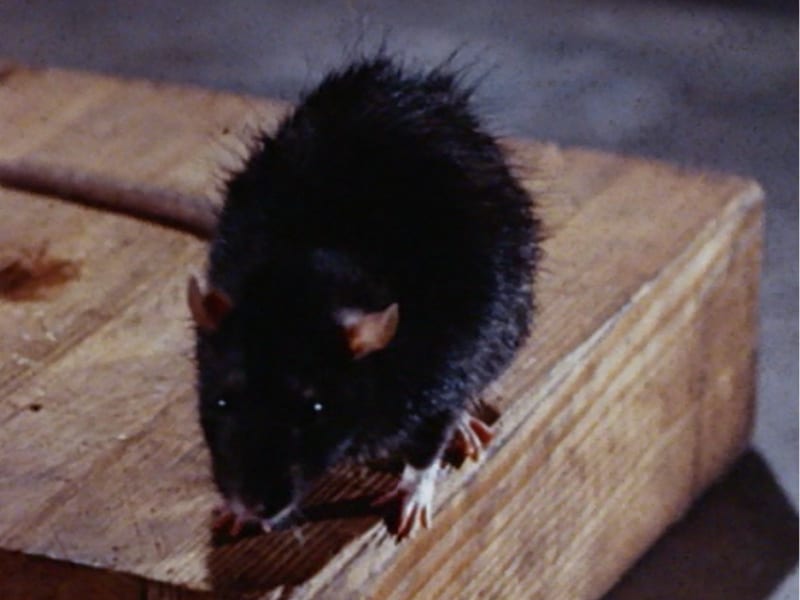 After the somewhat surprising success of Willard, a sequel was quickly cobbled together. Loneliness is a powerful sensation felt by everyone on the planet at one time or another. When you find yourself at the lowest depths of the experience, it’s easy to imagine a cute little critter supplying your hurt with endless, unconditional love. It’s even easier to imagine that cute little critter turning on your enemies, feasting on those jerkwads who refused to acknowledge your beauty and importance.

Ben is Willard, more of the same, but since loneliness is an impossible disease to cure, its effect is nearly as powerful as the original film. Although, while the rodents are kind of allowed to win in Willard, they meet a gruesome and fiery death here. That is until the remake rears its magnificent ratty head. (Brad Gullickson) 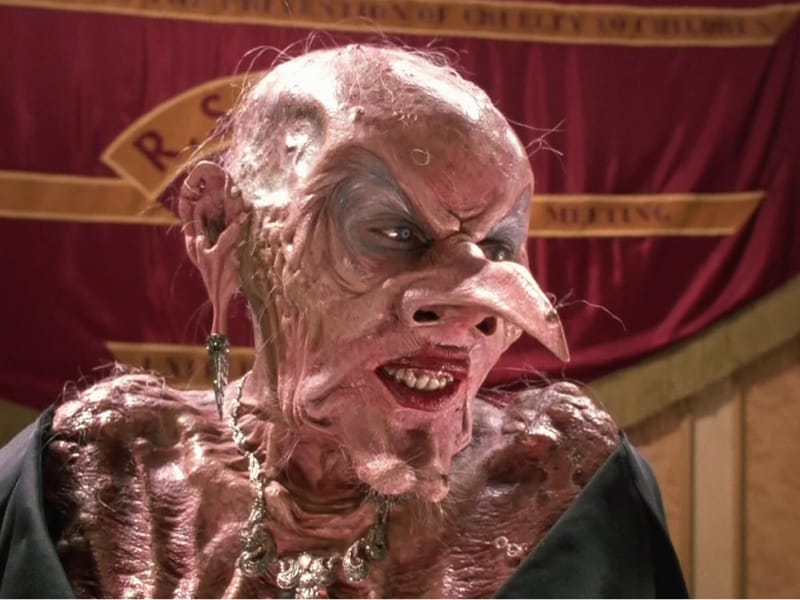 As an adult living through the year 2020, the idea of being turned into a chubby, snack-loving puppet mouse by Anjelica Huston at her camp peak doesn’t sound particularly bad. As a kid, though, the premise of The Witches was admittedly terrifying and a fine example of rodent horror.

The cult classic film by Nicholas Roeg is based on a children’s book by Roald Dahl and features the production stylings of Jim Henson, so it’s basically got the all-star team of dark children’s fantasy-makers going for it. In classic Dahl fashion, there are tons of nightmare-fuel elements at play here, from the titular witches’ hideous true faces to the diabetes-related emergency that drives the plot. And though the main mice-kids in The Witches, Luke (Jasen Fisher) and Bruno (Charlie Potter), are adorable, the climactic sequence that sees the witches panic as they’re unwillingly transformed into mice is downright disturbing. (Valerie Ettenhofer)