One of TV’s greatest revelations of the last few years has come by way of One Day at a Time, Gloria Calderón Kellett’s modernizing reboot of the Norman Lear classic. Over two seasons, the Netflix show’s vitalizing energy has pulled off something previously thought impossible in TV circles: a reinvigoration of the multi-cam sitcom. Long-considered stale and well on its way to extinction, that familiar format has been put to quietly radical use in this show about a single Cuban-American mother of two teens (including a queer daughter) who is also a former veteran with PTSD, anxiety, and depression.

Those are a lot of firsts for representation in TV; even more so for family-friendly formats like this. But what has been so impressive about One Day at a Time is the way it deftly uses the nostalgic warmth of its format to affirm not just the humanity, but the complexity of its characters. That unwavering commitment to authenticity is what’s helped the show transcend the usual confines of the sitcom – any viewer who’s seen either season finale can attest to the emotional resonance this unassuming little show is capable of – and become such a shining example of the power and pull of genuine diversity on both sides of the camera.

All of that is to say that One Day at a Time headed into its third season with big shoes to fill. Blessedly, though, this latest season does not disappoint: its thirteen episodes are as reliably witty, warm, and sincere as we’ve come to expect from the show’s history of excellence. And just as past seasons refused to shy away from politics, the show continues in its characteristically progressive vein, offering up a wealth of teachable moments and emotional watersheds on a breadth of topics as diverse as gentrification, police racism, and coping with anxiety.

Season three is markedly different from its predecessors in one noticeable way, though. With the exception of one #MeToo-centric episode, there’s a clear willingness here to deviate from the explicitly “headline-ripping” story pattern set by previous seasons. You get the sense that the show has found its own natural rhythm: where hot-button issues took center stage in the past, these themes are instead more intricately woven into the fabric of this new batch of episodes, meaning season three resists easy definition. If you were to condense it down to any one thing, though, One Day at a Time‘s third season is principally about family. Granted, that’s a very loose term, and family has, of course, been the linchpin of the show all along. But where the last two seasons approached the notion of family indirectly via largely topical storylines, season three trains its focus on family legacy, rivalry, reconnection, and what it means to choose your own by way of a stripped-back approach that proves its predecessors were barely skimming the surface with the Alvarezes and their friends.

The scope is tighter here; while there are more cameo appearances than usual (theme song artist Gloria Estefan as Lydia’s sister Mirtha being a standout), new love interests don’t recur as often as, say, season two’s Max (Ed Quinn) did. And when new faces do appear, they’re primarily there to demystify and bring us deeper into the inner worlds of Schneider, Doctor Berkowitz and the Alvarazes. (Although, admittedly, this is truer for cameo performers like Stephanie Beatriz and Kellett than it is for recurring cast additions, who risk feeling a little extraneous by the latter half of the series.)

What this season lacks in well-developed new regulars, though, it more than makes up for with its nurturing of the show’s leads. Alex (Marcel Ruiz) carries on down the path of maturation set up for him in season two: in these episodes, he continues to grow beyond the comically vain teen he was at the show’s outset into a vital pillar of support for his loved ones, even while he experiments and makes his own mistakes. Alex’s increasing complexity triggers similar growth in doting abuela Lydia (Rita Moreno, better than ever), too, who makes a drastic move in her mission to tick off the last item on her “bouquet” list.

That decision comes during the finale episode, which, characteristically for One Day at a Time, has particularly seismic implications, particularly for Penelope (the dependably excellent Justina Machado). After enduring private trials in episodes like “Anxiety”, Penelope emerges onto some profound epiphanies of her own, ones that tie up loose narrative threads from this season and signal a radical shake-up of her personal life in the seasons (hopefully) to come. 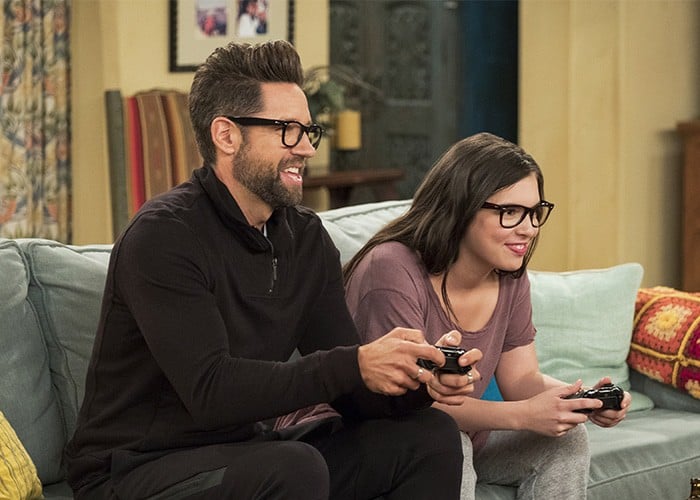 If anyone takes the spotlight in season three, though, Elena (Isabella Gomez) and Schneider (Todd Grinnell) do. The former hasn’t exactly been neglected in One Day at a Time’s history – her coming out storyline formed the narrative backbone of season one – but Elena has always been a generous presence, reflecting what attention the show devotes to her onto the people around her. It feels right, then, that her blossoming interior world and relationship with Syd (Sheridan Pierce) should come under sharper focus, as it does in a number of sensitively-handled episodes here – not least because it gives us more opportunities to bask in the fire and sparkle of Gomez’s brilliant energy.

Unlike Elena, Schneider has so far played fifth fiddle in the show’s ensemble, his primary role (amply fulfilled) being to provide goofy laughs when called upon. That’s no longer the story in season three, though: without spoiling anything, these new episodes take an unexpected turn to impress upon audiences just how deeply we’ve come to appreciate Schneider’s buoyant presence, in much the same way season two’s tense finale did for Lydia.

It’s a testament to its boundless energy and brilliance that One Day at a Time has managed to reorient itself in surprising new directions every season, all without ever compromising the comfort-food factor at the heart of its pleasant binge-watch-ability. And yet, even with two stellar seasons in its rear view mirror, there’s still a sense that this show is waiting in the wings for the grand success it wholly deserves. Snubbed by the Emmys in every eligible category two years in a row, and troubled by cancellation rumors just last year, One Day at a Time remains, perplexingly, an overlooked gem. It’s hard to imagine that remaining the case after this latest season, although that’s exactly what has happened the last two years running. If anything can convince those on the fence, though, it’s this season, which continues the show’s tradition of building on brilliance at every opportunity afforded to it. Denying us a fourth season would be criminal.