What Season 3 of ‘Love’ Gets Right About a Committed Relationship

Gus and Mickey’s relationship was never perfect, but it’s committed to being realistic.
By Emily Kubincanek · Published on March 19th, 2018

Gus and Mickey’s relationship was never perfect, but it’s committed to being realistic.

Netflix original Love has been acing the sometimes ugly and always unpredictable subject of dating for two seasons. However, its third and final season begins with a new committed relationship in full swing after the last finale. Fans of the show’s candidness about the not-yet-exclusive romance between Mickey and Gus may have been wary of their commitment, but Love has proven to find the drama in even a committed relationship. Shown authentically, their relationship represents one of the most real depictions of a new relationship on television.

Love is a comedy/drama series that follows Mickey (Gillian Jacobs) and Gus (Paul Rust) after their “meet cute” at a gas station. They become enthralled in a very complicated courtship that spans two seasons. It’s similar to another Judd Apatow produced series about millennial love, Girls, except way better and without Lena Dunham! It’s comedic look at characters fucked up each in their way is enough to applaud, but it takes on the word love in a way we would never associate on television–the sometimes messy, sometimes regretful experiences that still constitute as some form of love. Even at their worst (and believe me both of the protagonists can be awful people), we still root for Mickey and Gus to end up together.

If you’ve ever been in a committed relationship, you know the feeling-things-out period that lasts the first months. Love shows that no matter how long you’ve known each other, no matter how long you’ve been fucking, committing takes on new problems. While Mickey and Gus are certainly in a wonderful place, it’s not without its problems. This season shows every aspect of that, from meeting the parents to finding out to comfort one another when you’re sick. The third season never lets up on Gus and Mickey, which is exactly what we want from TV and is still true to life.

The first episode of the season brings us into this season with a hilarious “Palm Springs Getaway” and a lesson in expectations. Nothing is what Mickey or Gus expected, with each other or with the trip. It’s a trip from hell that could break up even the most lovesick couple, but Gus and Mickey stay strong. What the show does so brilliantly is contrasting Mickey and Gus’s new relationship with Bertie and Randy’s downright awful relationship spirally towards the end. Especially this episode, both couples handle the shithole of a condo in different ways. While Mickey and Gus try to find the fun in a neighbor’s party, Bertie and Randy fight about the lizard-infested house. The season continues to contrast their two relationships with their highs and lows. Just when we think Gus and Mickey are going to call it quits, Bertie is forgiving Randy once again and stick together. 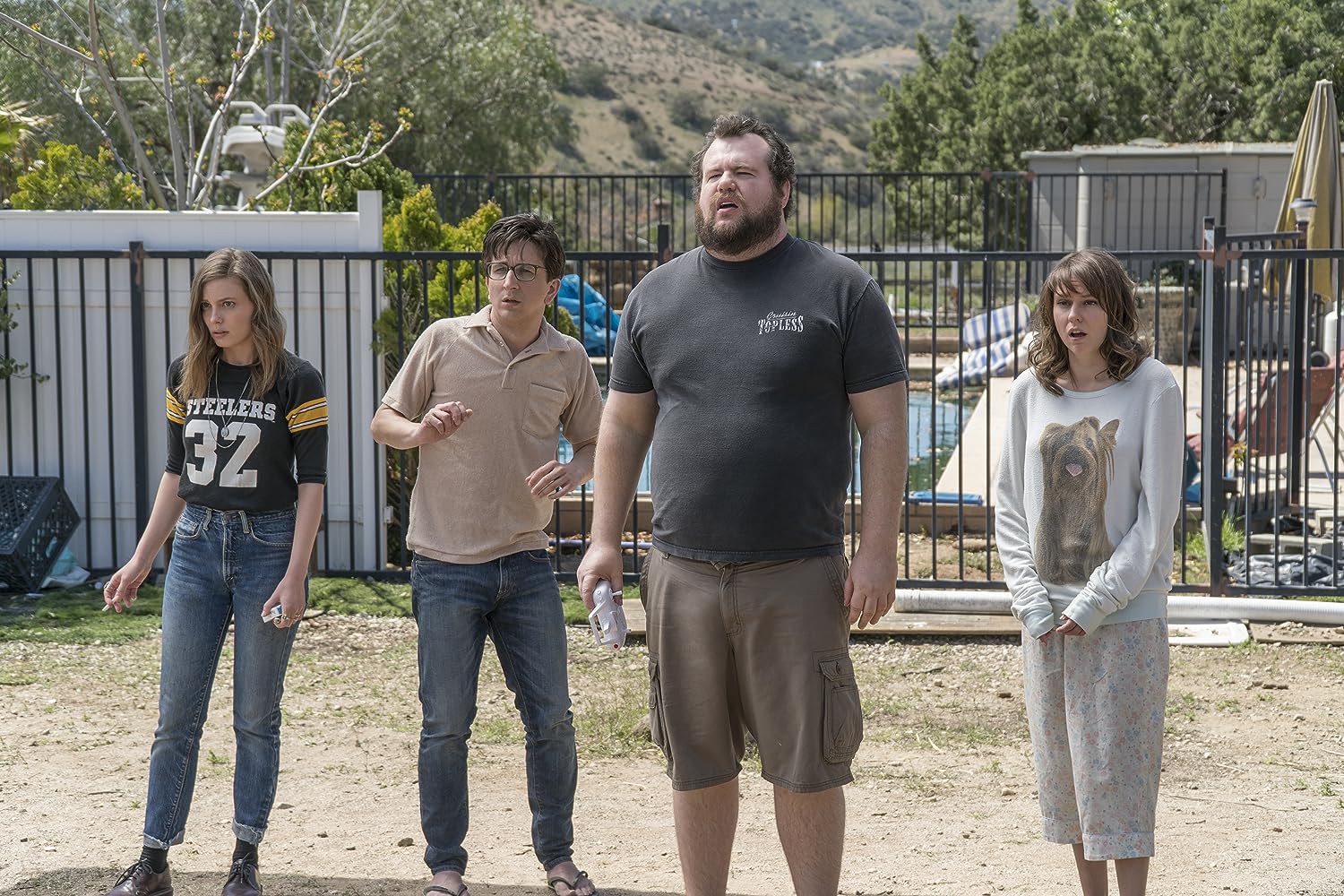 The show thankfully favors Mickey and Gus with their new relationship. While the past two seasons showed them trying to hide their worst sides from each other, this season never lets them get away with it. In this process, they grow together but always take a step back. This is relationship shows that love is never a linear progression, it moves in loops, sometimes backtracking and sometimes taking a huge leap forward. Outside of their relationship, Mickey and Gus’s lives are a source of frustration that bleeds into their dynamic just as it does in real life. Gus’s career seems to go to shit just as Mickey is finally taking her job seriously, but the test is recognizing the unbalance and working through it. They try to avoid it, just like most of us would, but the writers always find a way for that to blow up in their faces and most likely at the worst possible time. 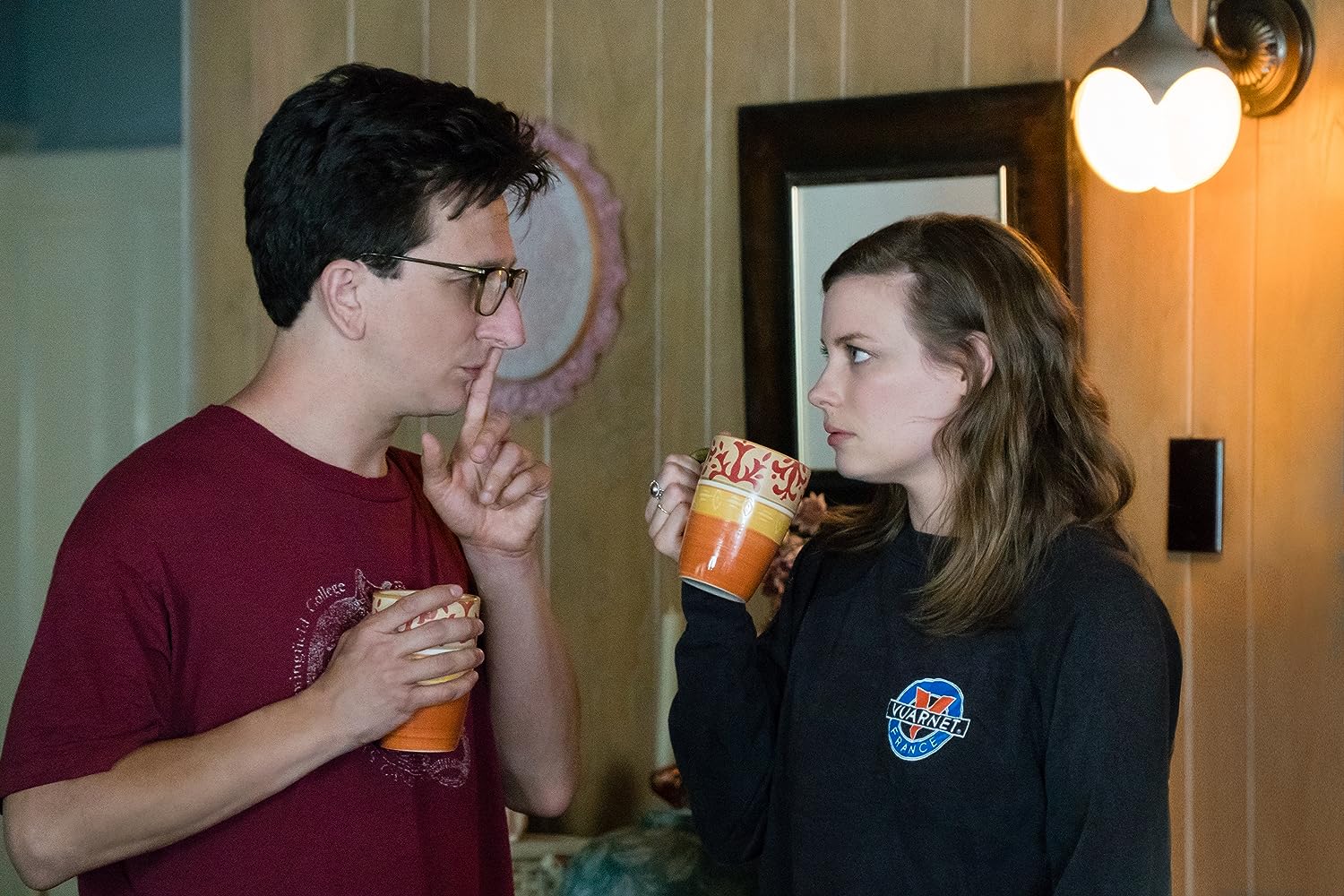 Just like in a real relationship, Mickey and Gus continue to have the issues they did in the past two seasons. Mickey is sometimes rash and unreasonable, while Gus tries to ignore his shortcomings by focusing on what was wrong with Mickey in the past. Their past relationships come back to haunt them. They each hide things from each other. They handle things in the worst possible way. It’s really what we love about Gus and Mickey. They make the same mistakes we do in our relationships, but hopefully a little more often.

Where most shows would sensationalize or glorify issues these characters have, Love doesn’t just use them to create conflict but to expand their characters. When Mickey almost relapses and has a drink this season, it’s not a random act; it’s one we understand. Gus’s tantrum on set wasn’t out of the blue. If you paid attention to the work the writers did, it was inevitable. Mickey and Gus feel like real people to us because of how the show handles their problems, understanding them while still bringing them into the romantic conflict. Their problems create rifts in their relationship, but it’s also what connects them. It’s a complicated relationship, beautifully constructed that feels real and completely entertaining at the same time.

In its sadly final season, Love shows a relationship that is rough, but that we always hope will work out in the end. Brilliantly, Mickey and Gus never work things out in the way that we would expect, especially in the finale. It’s the perfect ending to a remarkable show, one that isn’t a happily ever after ending, but a promise to continue to work on love together the only way they know how.

All three seasons of Love are available to stream on Netflix now.