Dying for more Frances McDormand? Wondering where else you can see Sam Rockwell? Let us guide you through their upcoming projects.
By Lee Jutton · Published on March 6th, 2018

Dying for more Frances McDormand? Wondering where else you can see Sam Rockwell? Let us guide you through their upcoming projects.

Well, awards season is finally over, with Guillermo del Toro’s fantasy-romance The Shape of Water ending up the big winner at the Oscars. This year’s winners were pretty evenly spread among a variety of films, which makes sense — 2017 was one of the best and most varied years of cinema in recent memory, with many movies deserving to be honored. Now that the weeks of seeing the same famous faces making the rounds at awards shows have come to an end, here’s a quick guide to where you can see some of the winners next.

Frances McDormand won her second Oscar for her steely turn as a grieving mother out for justice in Three Billboards Outside Ebbing, Missouri and gave the night’s most memorable speech to boot. Fortunately, we don’t have to wait long to hear her voice again: next up for McDormand is a role in Wes Anderson’s star-studded anime-inspired stop-motion feature Isle of Dogs, set for release on March 23rd.

This is McDormand’s second film with Anderson, following the adorable quirkfest that is Moonrise Kingdom. It’s also her third animated film in recent years, with her distinct voice also bringing characters to life in The Good Dinosaur and Madagascar 3: Europe’s Most Wanted. She is a woman who keeps a low profile and can afford to be picky about roles, so doing voice gigs would be an ideal choice. And while I’d love to see her face on screen again sooner rather than later, you can pretty much guarantee that her next live-action role will be worth the wait. Whatever you think about Darkest Hour and Gary Oldman’s prosthetic-enhanced embodiment of Winston Churchill, you cannot deny that the man’s overall career is deserving of all kinds of awards. His most memorable roles include iconic characters in films as wide-ranging as Sid & Nancy, True Romance, Leon: The Professional, The Fifth Element, and Tinker, Tailor, Soldier, Spy — not to mention key supporting turns in the Harry Potter and Batman franchises.

Weirdly enough, both of the films starring Oldman that are currently in post-production involve boats. Well, one is more strictly focused on submarines, but still. Mary will tell the story of a family starting a charter boat business only to realize that the vessel they’ve bought has a past full of dark secrets, while Hunter Killer, co-starring that illustrious thespian known as Gerard Butler, is a thriller about a submarine captain and a team of Navy SEALs trying to rescue the abducted Russian president. The former sounds like it could be a properly creepy and atmospheric flick if done well. The latter… well, I am sure some things will explode. Hey, not every movie can be Oscar bait. You could almost call Sam Rockwell the American Gary Oldman — his career is similarly long and wide-ranging, full of vibrant supporting roles and a few standout starring turns in films like Moon and Confessions of a Dangerous Mind. One of those guys who seems to be always working, Rockwell has quite a few projects in the pipeline. But the most notable is Backseat, the Dick Cheney biopic written and directed by Adam McKay (The Big Short, Anchorman) and starring Christian Bale as the infamously trigger-happy vice president. And Rockwell? He’s playing George W. Bush!

I suppose if anyone could bring the much-maligned former president to life in a way that wouldn’t make reliving his presidency utterly insufferable, it would be Rockwell. As his Oscar-winning turn in Three Billboards proves, even when the man is unlikable, you can’t take your eyes off him. Rockwell’s charisma and charm should make this a must-see even if Bale’s over-the-top transformation into Cheney ends up being too much to handle. 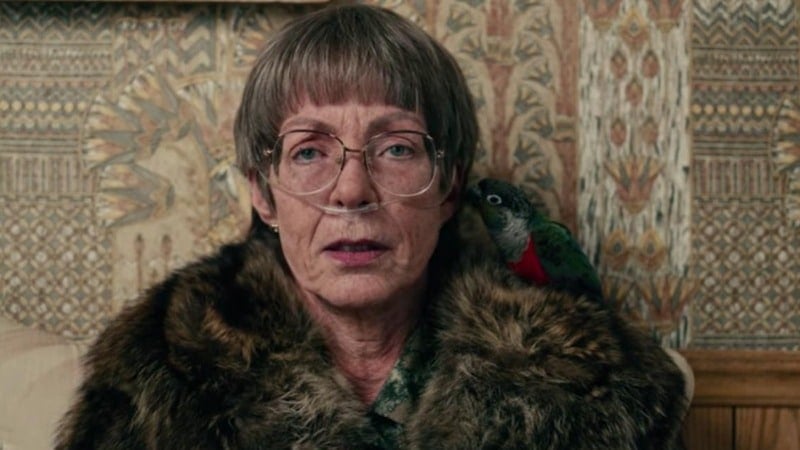 Allison Janney’s sharp wit and impeccable comic timing had already earned her seven Emmys for her work on the small screen before she took home an Oscar for her turn as the hardened, embittered mother of disgraced figure skater Tonya Harding in I, Tonya.

Janney didn’t waste any time returning to the small screen: the morning after the Oscars, she attended a table read for her current show, the sitcom Mom, with her statuette in tow. On Mom, Janney portrays the recovering addict mother of Anna Faris’s character, a single mom and recovering addict herself. It wouldn’t be surprising if Janney took home yet another award for the show, now in the midst of its fifth season. Guillermo del Toro is a master world builder who is constantly attached to new projects, each one sounding more imaginative than the next. In the past, not all of these passion projects have come to fruition, but I am willing to bet that with the clout of having just won an Oscar, it will be much easier for del Toro to sell his wonderfully bizarre visions to Hollywood studios.

One such project that has been floating around in the Hollywood ether for some time is a new version of Pinocchio, a “fascist fairy tale” told through stop-motion animation. This sounds delightfully creepy in the most del Toro way possible. The director recently said that the project may be dead after years of stops and starts in pre-production, but I would put money on the auteur finally being able to secure the $30-40 million budget he’s looking for now that he has shown you can turn a film about a woman falling in love with a sea creature into Oscar bait. He’s also attached to a remake of the 1947 film Nightmare Alley.

Get Out scribe  (and producer and director) Jordan Peele says he is currently working on his next script, set to be another thriller with a focus on social issues. He’s also behind a reboot of The Twilight Zone for CBS All Access.

James Ivory, who is primarily a director, has not made a film of his own since 2009’s The City of Your Final Destination, but he is currently attached to an adaptation of Shakespeare’s “Richard II.” One thing he is not involved with is the writing of the sequel to his Oscar-winning Call Me By  Your Name script. The man behind Reynolds Woodcock’s fabulous designs in Phantom Thread (and owner of a new jet ski for having the shortest speech at this year’s Oscars), Mark Bridges worked on the costumes for Noah Baumbach’s next, currently untitled film, which will star fellow Oscar nominee Greta Gerwig.

The work of the prolific French composer Alexandre Desplat, whose score for The Shape of Water was honored this year, can also next be heard in Wes Anderson’s Isle of Dogs. Also coming up is Operation Finale, a period drama depicting the hunt for Adolf Eichmann, the Nazi known as the architect of the Holocaust.

Married songwriters Kristen Anderson-Lopez and Robert Lopez, the duo behind Coco’s “Remember Me” and Frozen’s “Let It Go,” were attached to Disney’s Gigantic, an animated film about a teenager discovering a world of giants, but that project has been canceled. We assume they’ll be back for Frozen 2.

The Chilean director of A Fantastic Woman, Sebastián Lelio, already has Disobedience, a tale of forbidden lesbian love starring Rachel McAdams and Rachel Weisz, set for release in April. His next project after that, currently in post-production, is Gloria, the story of a middle-aged woman (Julianne Moore) who reignites her love life at Los Angeles clubs.

Coco director Lee Unkrich and producer Darla K. Anderson — both Pixar stalwarts — don’t appear to have any projects in production at this time, but one can imagine that won’t be true for long.