84 Movies Directed by Women to Look Forward to in 2020

Your go-to guide to supporting female filmmakers in the new year.
By Christopher Campbell · Published on January 11th, 2020 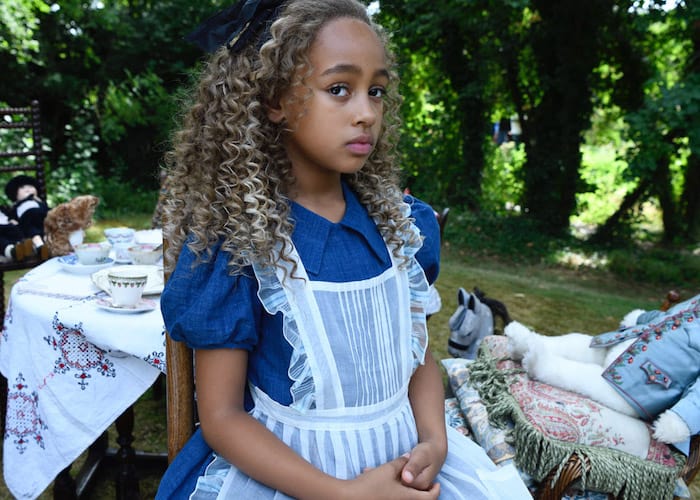 The 40-Year-Old Version — directed by Radha Blank. A writer and co-producer on Spike Lee’s She’s Gotta Have It series, Blank makes her feature directorial debut and stars in this comedy about a middle-aged playwright who becomes a rapper.

Aggie — directed by Catherine Gund (Born to Fly: Elizabeth Streb vs. Gravity). A documentary about the filmmaker’s mother, art collector and philanthropist Agnes Gund, and her story of selling a painting to start a fund against mass incarceration.

Amulet — directed by Romola Garai. Actress turned filmmaker Garai makes her feature directorial debut with a horror movie about a man taken in by a woman he falls for and her dying mother.

Boys State — co-directed by Amanda McBaine. Producing partner and wife of Jesse Moss (The Overnighters), McBaine makes her co-directorial debut with this documentary about teenage boys forming a representative government.

Charter — directed by Amanda Kernell (Sami Blood). A Swedish drama about a woman who flees with her children amidst a custody battle.

Code for Bias — directed by Shalini Kantayya (Catching the Sun). A documentary about how face-recognition AI software fails to recognize women and persons of color

Come Away — directed by Brenda Chapman (Brave). The live-action feature directorial debut of Chapman, best known for her work in animation, imagines Alice from Alice in Wonderland and Peter Pan are siblings.

Crip Camp — co-directed by Nicole Newnham (The Rape of Europa). A documentary about a camp for disabled kids in upstate New York in the 1970s. Coming soon to Netflix.

Cuties — directed by Maïmouna Doucouré. A French film about an 11-year-old girl who joins a dance group that puts her in touch with her feminity. Coming soon to Netflix.

The Earth is Blue as an Orange — directed by Iryna Tsilyk. A Ukrainian documentary about a single mother and her children living in a war zone.

Farewell Amor — directed by Ekwa Msangi. This feature directorial debut from Msangi is about an Angolan immigrant in the US who is finally reunited with his wife and daughter after 17 years.

The Glorias — directed by Julie Taymor (Across the Universe). Alicia Vikander and Julianne Moore both portray Gloria Steinem at different points in the feminist icon’s life in this biopic from visionary filmmaker Julie Taymor.

The Go-Go’s — directed by Alison Eastwood (History of the Eagles). The former editing collaborator of Alex Gibney has a music doc all her own, this time about the titular ’80s band.

Herself — directed by Phyllida Lloyd (Mamma Mia!). A single mother of two daughters deals with homelessness following an attack by her ex-husband.

High Tide — directed by Verónica Chen. An Argentine drama about a woman who loses control after an affair with a contractor working at her beach house.

I Carry You With Me — directed by Heidi Ewing (Jesus Camp). Documentarian Ewing, who typically directs with Rachel Grady, goes solo and makes her narrative directorial debut with this drama about a closeted gay chef in Mexico whose life changes for better and worse when he falls for an out teacher.

Identifying Features — directed by Fernanda Valadez. A Mexican drama about a woman in search of her son, who took off to illegally enter the US.

Influence — co-directed by Diana Nielle. A political documentary about Lord Tim Bell and his controversial brand of spin-doctoring.

Jumbo — directed by Zoé Wittock. In this Belgian drama, Portrait of a Lady on Fire star Noémie Merlant plays a woman working at an amusement park who falls in love with a Tilt-A-Whirl ride.

Kajillionaire — directed by Miranda July (Me and You and Everyone We Know). A con artist family loop a stranger into their latest heist, which doesn’t bode well for the daughter, played by Evan Rachel Wood.

La Leyenda Negra — directed by Patricia Vidal Delgado. This feature directorial debut follows an undocumented El Salvadorian girl as she starts a new school in Compton and begins to fight for her right to stay in America.

The Last Thing He Wanted — directed by Dee Rees (Mudbound). Anne Hathaway stars in this Joan Didion adaptation about a journalist who quits her job to become an arms dealer. Ben Affleck co-stars. Coming soon to Netflix.

Lost Girls — directed by Liz Garbus (What Happened, Miss Simone?). Two-time Oscar nominee Garbus makes a jump from documentary to drama with this film about a woman searching for her missing daughter. Amy Ryan stars. Coming Soon to Netflix.

Luxor — directed by Zeina Durra (The Imperialists Are Still Alive!). A romantic drama following a woman nostalgically traveling in Egypt.

Max Richter’s Sleep — directed by Natalie Johns. A documentary about the composer Max Richter as he produces an ambitious open-air concert of his work “Sleep.”

The Mole Agent — directed by Maite Alberdi (The Grown-Ups). A Chilean documentary about a man recruited to spy on a retirement home suspected of abuse.

Okavango: River of Dreams (Director’s Cut) — co-directed by Beverly Joubert. A nature documentary about the circle of life in the Okavango Delta in Southern Africa.

Omniboat: A Fast Boat Fantasia — co-directed by Hannah Fidell (A Teacher), Alexa Lim Haas, Olivia West Lloyd, Jillian Mayer, and Celia Rowlson-Hall (Ma). This unconventional movie about Miami and the titular fast boat involves the collaboration of 15 filmmakers, a third of them women.

Once Upon a Time in Venezuela — directed by Anabel Rodríguez Ríos. A documentary about the downfall of a once-prosperous village in Venezuela.

The Perfect Candidate — directed by Haifaa Al Mansour (Wadjda). This drama follows a woman doctor from Saudi Arabia dealing with patriarchal rules when she travels to a conference.

Run Sweetheart Run — directed by Shana Feste (Endless Love). A horror movie for our times follows a woman trying to get home after her blind date turns violent.

Saudi Runaway — directed by Susanne Regina Meures. A film following a young Saudi woman challenging her government and culture by self-documenting her life.

Save Yourselves! — co-directed by Eleanor Wilson. A sci-fi comedy about a couple who go off the grid, sans phones, for a getaway and don’t realize aliens are attacking.

Shirley — directed by Josephine Decker (Madeline’s Madeline). Elisabeth Moss portrays horror/mystery novelist Shirley Jackson, who finds inspiration for her next book from a young couple staying with her and her husband.

Untitled Kirby Dick/Amy Ziering Film — co-directed by Amy Ziering (The Invisible War). A documentary about music executive Drew Dixon and the abuse she received from men in the industry.

Us Kids — directed by Kim A. Snyder (Newtown). A documentary about the students activists following the school shooting in Parkland, Florida.

Wander Darkly — directed by Tara Miele (Starving in Suburbia). A drama about new parents dealing with a traumatic event.

Worth — directed by Sara Colangelo (The Kindergarten Teacher). A biographical drama about an attorney in DC trying to help 9/11 victims.

Zola — directed by Janicza Bravo (Lemon). This drama follows a stripper, a sex worker, her boyfriend, and her pimp on a wild adventure in Florida.