Writing About Women Telling Stories: An Interview with ‘The Post’ Screenwriter Liz Hannah

We chat with Liz Hannah about true stories and the responsibility screenwriters have writing scripts today.
By Emily Kubincanek · Published on April 16th, 2018

We chat with Liz Hannah about true stories and the responsibility screenwriters have writing scripts today.

Liz Hannah‘s story is more or less what every screenwriter dreams about. The first feature screenplay she sold was a passion project, bought by legendary director Steven Spielberg, and nominated for an Oscar.  After her first version of The Post was listed on the 2016 Black List, a list of “most liked” screenplays not yet produced, Sony picked it up and she partnered Josh Singer to write the final version.

Watching The Post, it’s obvious Hannah’s breakthrough wasn’t just a lucky fluke. Many writers have taken the route of focusing on the historical event in a movie, rather than spending much time on the characters we follow. The Post tells the story of how The Washington Post went from a local paper to a national powerhouse in journalism when they published confidential papers revealing the American government had lied to the public about the Vietnam war. Starring Meryl Streep, Tom Hanks, Bob Odenkirk, Sarah Paulson, and many more talented actors, The Post has the makings of any great movie about journalism. Hannah was struck by Katharine Graham, the first female publisher of a major American newspaper, and her story specifically. She showed her perspective of the Pentagon Papers scandal, a more personal and relatable approach.

You almost gave up writing before selling this script, and I wanted to know what do you think it was about this script that changed that for you and resonated with so many people?

I have to say it was Katharine Graham. Katharine Graham was an incredible woman and had an extraordinarily relatable story to men and women. I don’t think you have to be a woman to know what it feels like to be excluded or outnumbered or feel like the outsider. Although I heavily related to it from that perspective, I think a lot of people connected with that feeling of wanting to be in the room and not necessarily being allowed to get in there. So that was what I think was initially a huge connection for a lot of people.

Frankly, the movie is about Katharine and then it’s about the press standing up to a government that is trying to suppress them. There were a few things going on and there are a few things still going on in 2017 and 2018 that are relatable to that. I think there was a way to talk about the present by talking about the past.

That’s definitely true. Did you find any challenges writing about a real person, a real woman?

Sure. I tend to write about true stories a lot and there’s always the challenge, which I like. I think it’s a unique challenge of trying to have the integrity of the person exist in a fictional film. It’s not a documentary. Meryl Streep is playing Katharine Graham. We don’t have a hologram of Katharine Graham. I think it’s always a challenge to make sure that you are doing the absolute best that you can as filmmakers, not only as a writer but as filmmakers to depict them in a way that their families can see them on screen and go “Oh, yep. That’s who she was.” So, it’s a challenge I take very seriously. I think it’s a responsibility. It’s truly a gift when a family allows you to do that when a group of people who knew her allow you to do that. It is a challenge, but it’s also really a wonderful gift to be able to do.

What kind of stuff did you do to prepare to write about her and to make her real?

So, there were two versions of it. When I first started writing the first draft, I didn’t have access to anyone. I didn’t have an agent. I was writing it at my kitchen table thinking it would never get made. I was just reading everything I could. I read Ben Bradlee’s two books. One of the good things about writing a movie about a journalist is that most have written books about the time you’re talking about, so luckily everyone involved had written something. Then, I was watching everything I could, interviews with Bradlee, documentaries about The Post. Luckily in the world of YouTube, there’s a lot of that. That was the first step. Then Steven Spielberg signed on to direct it and we had access to the Graham family, to Ben Bradlee’s family, to the Washington Post itself, and to Daniel Ellsberg. We had access to the real people and it was a matter of asking as many questions as we could, giving it that level of authenticity that you can really only get when you have access to real people. 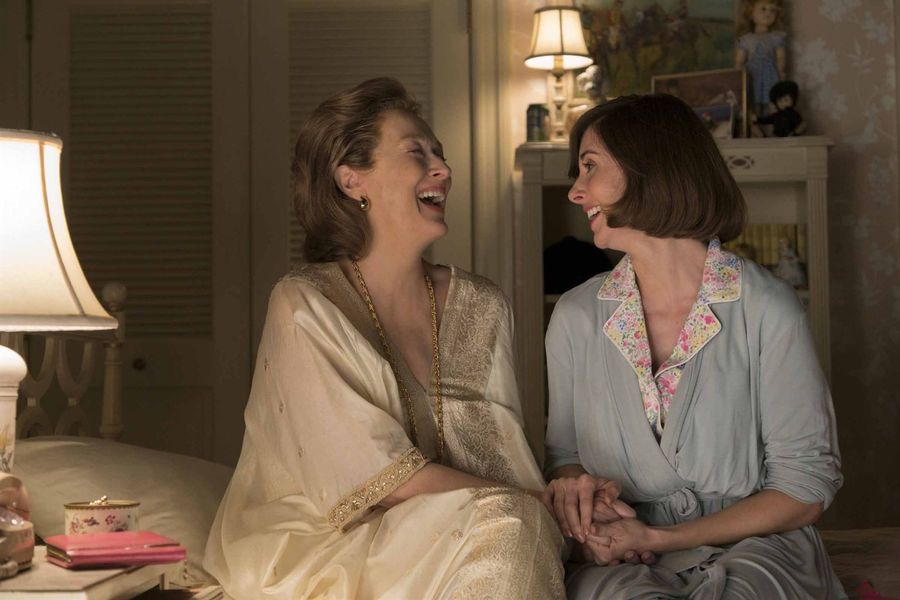 You also did produce before you actually started writing. Are there any experiences that influenced your writing and your writing process?

Yeah, I used to work in development at Denver & Delilah. I think it was an environment that was so collaborative and that was something that really influenced me in how I work as a writer. I love collaboration. Sometimes only good things happen when you have four different perspectives on something. Just being able to have a logistical education of how a movie is made is extraordinarily helpful.

So the Time’s Up movement has been gaining ground in the industry and I wondered if you thought there was something we can do from a screenwriting perspective to help spread those stories like you have with ‘The Post’.

I think it is about telling stories not only about women but about women telling stories. As writers, it’s about telling stories about women who are three-dimensional humans. Not everyone is a hero; not everyone is a villain. We all exist in this gray area, for the most part. For me, it’s about having those stories out and the more women we have telling those stories, the more perspectives we have on it. I think the work of the Time’s Up movement is absolutely remarkable. I think that it’s a responsibility that we all have, not only as women but as writers. Men and women have this responsibility to continue to tell the stories three-dimensional characters, men or women.

Exactly. I am a screenwriting student myself and we’re always looking for advice from writers in the industry, and especially from someone who almost didn’t go through with it and then had this breakthrough script. Do you have any advice for young screenwriters?

You can stream ‘The Post’ online now and the Blu-ray is available to buy tomorrow, April 17th.