Toshiro Mifune Without His Sword

Mifune’s acting prowess extended much more than just a Samurai. 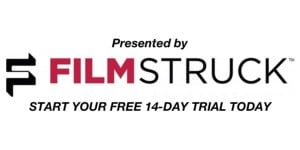 Toshiro Mifune is finally getting the praise he’s deserved all along. Even though he appeared in over 100 Japanese films and sixteen by legendary film maker Akira Kurosawa, it has taken many years to give him his due. With a new documentary and his star on the Hollywood Walk of Fame, Mifune’s profile is bigger than ever. Many will remember his legendary roles as a Samurai in films such as Seven Samurai, Roshomon, and Yojimbo. Although those films do a great service to his legacy, he was a man with many talents. As Kurosawa would expand beyond period pieces, he knew that Mifune was his leading man regardless of theme.

Before Mifune became a bandit or a samurai, he was rookie homicide detective Murakami in 1949’s Stray Dog. The greenhorn detective has his Colt pistol during a bus ride and he is racked with guilt over the destruction his gun may cause. While stealing a gun from an officer is a significant crime even in America, Murakami’s stolen gun was even more so due to strict Japanese gun laws that restrict the public from owning a gun. Mifune was able to portray Murakami as a man who would except all the blame for his careless error, while also showing he would never back down. For the second half of the picture, Murakami teams up with detective Sato (Takashi Shimura) in order to catch the perpetrator. Stray Dog is credited as being a precursor of the buddy cop genre that famously includes movies such as Lethal Weapon, Hot Fuzz, and Bad Boys. Eleven years later and Akira Kurosawa had more power in the Japanese film industry than most of his contemporaries. He started his own production studio and decided that he would film his own interpretation of William Shakespeare’s Hamlet, The Bad Sleep Well. This time Mifune would be a corporate spy, trying to reveal the corruption at the very top. This is a very different Mifune, a bespectacled Mifune, that viewers would see him chameleon his way into a new role. Kurosawa had a history of adapting Shakespeare’s plays into his own visions, it is even apparent in how The Bad Sleep Well is separated into acts – the wedding with ominous overtones, the scheme for revenge, and when it all comes crashing down. Mifune’s character, Koichi Nishi, vows revenge for the death of his father while simultaneously falling for the daughter of his swore enemy. The role exemplifies the range of Mifune’s abilities far more than many of his samurai endeavors.

In Kurosawa’s High and Low, Mifune would take on the role of a wealthy executive. Kingo Gondo (Mifune) is trying to take control of a company called National Shoes. The company is decidedly split on what their future should be, so Gondo wants to force their hand by buying out the company. He has secretly mortgaged all of his property and investments in order to do so. The only problem is that his son has been kidnapped and a high ransom is demanded for his son’s return. Similar to The Bad Sleep Well, the film is very much staged in acts. For much of the first half of the film, Mifune and his family are confined to their home highlighting the feeling of a stage play. Mifune’s Gondo is seemingly being pushed to his emotional limit at all times, and the atmosphere created within the set is immeasurable. Not only is he being asked to make decisions about his own personal welfare, but also that of the employees that trust him.

While Toshiro Mifune will certainly be remembered for his roles as a samurai, his career was far too celebrated for that small sampling. He should be in all conversations of Japan’s finest actors. Even without his sword, Mifune could command attention from audiences with his style, charisma, and ability. Hopefully this is only the beginning of a larger appreciation of his talents.