The ‘Dreamworks Face’ Must Be Stopped

Animated arched eyebrows are a plague on creativity.
By Jacob Oller · Published on March 27th, 2017

“Do you feel the taunting power of my eyebrow?” Megamind asks, turning the Dreamworks aesthetic hallmark/crutch into an in-house referential joke. As you may have seen in your daily rounds of the internet, there’ve been various image mashups of animated Dreamworks characters making the same face. Sometimes contrasted against a narrator expounding upon the nuanced characters and profound stories typically found in competitor Pixar’s animated films, the smarmy smirk with one uplifted eyebrow has been dubbed the “Dreamworks Face.” 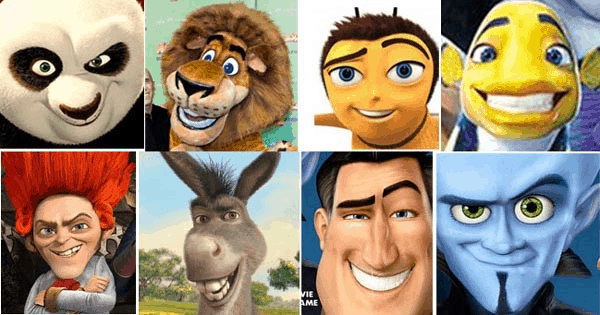 The plucky underdog – here to slyly joke their way out of tricky situations – is a kid’s movie mainstay, cartoon or live-action. Kids don’t have any power so obviously they will relate to the cheeky anti-establishment type. This face is the easiest, laziest way to convey that character archetype. It’s a way to tell kids that this character is funny, in the know, and definitely not a square like their parents. Why else would they be waggling their eyebrow so eccentrically?

It’s the same tactic Stephen Colbert used when defining his character from The Colbert Report, an ultra-conservative parody of a man whose manic brow was his egregious physical giveaway. If we didn’t get the joke from his words, we got it from the tic. It worked for his character because he was so overblown. There wasn’t a subtle thing about “Stephen Colbert.” Nor are there any about the stereotypically smug Dreamworks protagonists.

Sure, Dreamworks isn’t alone in their sin. John Kricfalusi, creator of Ren & Stimpy, has called it the “Cal Arts face” after the design school producing the majority of animation studio artists. Yes, Disney, Blue Sky, and even Pixar are perpetrators of the Dreamsmirk. Pixar has Buzz Lightyear, a character built on his clueless confidence, and a racecar voiced by Owen Wilson. I forgive both because obviously you’d want that car to look punchable and that’s pretty hard to do with a car.

I hate this car. I have never hated a car before.

That these characters are the douches of the Pixar universe is no mistake. If those animators (or, god forbid, Laika) relied entirely on the generic swagger of yet another talking animal or Boss Baby, our kids wouldn’t have a single memorable cartoon to watch. They’d certainly be good at consuming products packaged by marketing as “hip”, well familiar with the cockeyed signifier that is the GoGurt of facial expressions. Attitude is what’s important, not substance. It’s the “Calvin peeing on the undesirable entity of your choice” of faces: it at once says nothing about the wielder and everything.

This irreverence isn’t flying under the radar. Dreamworks clearly knows. Megamind has a whole joke about it. From this it seems that either the animators, directors, and executives simply adore clever facial asymmetry OR the film industry adage has remained true and studios have continued to learn the wrong lessons from successful movies. In this case, Shrek.

The insanely profitable and influential 2001 film paved the way for Dreamworks Animation and its strategy of using thinly-veiled (if veiled at all) “adult jokes” and cultural references as its movie fuel.

These ain’t your daddy’s cartoons. They know about sex and the ’80s and ALMOST say swear words.

It’s a blight. It’s an uninteresting excuse for mediocre character design and sub-mediocre characters. There’s very little room for any character change or growth outside of the same “confidence/failure/redemption-through-teamwork” cycle most of these talking animal capers thrive on. The settings are different; the animals sometimes fail, then succeed, at different tasks. But why curtail the imagination of the least limited cinematic media? Let a character be mopey or completely earnest (Inside Out is a stellar example) to let audiences know that there exist emotions outside of overly-cool detachment. These characters are boring for everyone and train kids to be weird little snarky psychopaths.

When you – a parent – see that face, there’s an implicit agreement that yes, you WILL see this movie and yes, Dax Shepard WILL try his best to elevate extremely tired jokes. It’s a knowing expression that tells you you’re not seeing a movie you need to worry about discussing afterward with your child, nor one that will receive worrisome critical attention.

However, it will contain at least one (1) film reference from twenty years ago and two (2) on-the-nose needle drops to keep you awake while your sedate child smirks their way through the cinema. It may also contain a Boss Baby. You have been warned.