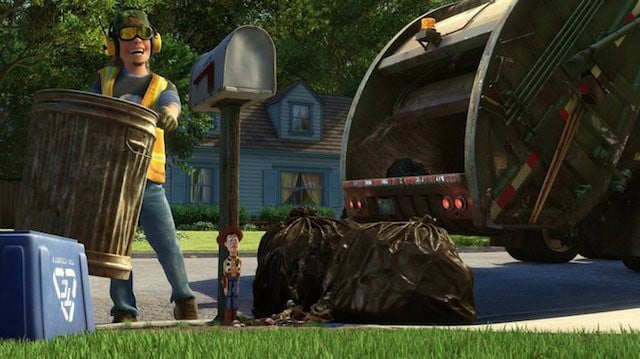 Fan-designed theories about Pixar movies are nothing new – hell, fan-crafted theories about all movies are nothing new – but that doesn’t mean they are always right (or even close to right). Pixar films, however, are uniquely suited for fan theorizing, mainly because a lot of the most popular theories are inventive, fuzzy and heartwarming, just like Pixar features in general. (Here’s a fun thing to do: Google ‘’Pixar fan theories.” See you in six months.)

The most famous Pixar theory holds that all of the films exist in the same universe – if you’re not familiar with said theory, read up on it here – a fun and sweet idea that actually has a ton of evidence to back it up. In the Toy Story-specific universe, another theory has been circulating that Andy’s mom is actually Jesse’s first owner, Emily. It’s another theory that promises to “blow your mind,” but it’s a good one – and you can read that one here. Good theories, everyone Solid stuff. But a new theory from the Toy Story world has recently gained some serious traction on the web, and as good-natured as it may be, it’s the last thing Pixar fans need to be consumed by, simply because the theory is wrong. And, you know what? Maybe this whole practice is wrong, too.

The theory popped up on Reddit earlier this week, delivered by the kind of guy who is uniquely fit to cook it up: an actual garbageman. Three days ago, “londongarbageman” wrote (links included to show “evidence”):

In Toy Story 1 Sid is confronted with horrifying revelation that his toys are alive. 15 years later in Toy Story 3 we see that Sid has become the local Garbageman.

Now being a garbageman has one of the biggest perks that you may not have realized. We find things. Lots of things.

I even found a 42 gal trash bag full of Lego

I don’t have a picture of the matchbox cars I’ve found because there’s just too damn many. Here’s some monster trucks

And don’t even let me start on the Barbies.

He picked the one kind of job where you can rescue those things.

And Sid is uniquely equipped to fix those toys that he finds that are broken. He’s pretty damn creative.

The problem with this new theory is that it’s wrong. As in, clearly and easily disproven with a minimum of work. But it’s also wrong because it’s indicative of a larger problem in the fan world in general.

Let’s take a look at the clip:

First off, yes, that probably is a grown-up Sid as a garbageman. Good for him! That’s a solid job and, yes, he looks pretty stoked. And, sure, it would be nice to imagine that he got into this line of work so that he could save and repair toys. There’s just one problem – in the single clip from Toy Story 3 that shows Sid hard at work, he’s not looking into the bags for toys, he’s not searching for stuff to save, he’s just doing his job and chucking every single bag into the truck. He doesn’t even glance at the ground to check for wayward trash (read: toys) because he’s so busy jamming out (if Sid did look down, he’d see the trash that Woody spilled on the ground when he actually went looking in the bags for, yes, toys).

Sid is a garbageman – and a good one at that – but he’s not spending his days pawing through trash, and we know that because the sole piece of evidence that this theory is built on doesn’t actually include him doing the one thing the theory posits that he does.

It’s lovely that Pixar fans want to give Sid some kind of happy ending, because although kid Sid was horrifying, it was obvious that he had an unhappy home life and was acting out in weird ways. But his happy ending doesn’t tie back into the world of live toys, he’s just a normal guy with a normal job that seems happy in a normal way. That’s nice.

Still, the desire to find meaning in every frame of Toy Story 3 is problematic, simply because it actually robs the film of meaning. Searching for things beyond the surface detracts and distracts from the experience of just watching and enjoying the feature at hand. Toy Story 3 is a lovely, rich film that doesn’t need to be bolstered by cockeyed theories, and going hunting for them (and coming up short) doesn’t do the film any favors.

Toy Story 3 is good on its own. It doesn’t need to be filled with “deeper meanings” to satisfy its fans.

The current blockbuster climate is just wild about shared universes and franchises that bump up against each other, so that desire to find a bigger meaning in every moment of a film is no longer the territory of big fans and cinematic obsessives – it’s become both normalized and rewarded by the mainstream. We’re no longer excited about something like a Captain Marvel film or a Black Panther feature as its own news, because now we get to immediately jump into prognosticating and guessing when we’ll see the characters first and how their stories will tie into the greater universe at hand.

The single films don’t matter. And they should.

Sid is just a garbageman, and that’s good enough.