The 50 Most Beautiful Shots of The Movies of Studio Ghibli

Since its inception in 1985, Studio Ghibli has established itself as a premier force in the world of animation. Founded by Hayao Miyazaki and the late Isao Takahata following the success of 1984’s Nausicaä of the Valley of the Wind, the studio has developed a knack for producing masterworks that boast an abundance of visual beauty and limitless imagination when it comes to storytelling. Ghibli’s films always dazzle us with their sense of wonder and enrich our souls with their emotional honesty. That’s why they’ll outlive all of us.

Anyone who’s familiar with the studio’s oeuvre will tell you that every film is loaded with lush, evocative, perfectly composed imagery that inspires awe. We could dedicate a perfect shots list to every individual movie in the Ghibli library without having to worry about running out of options. That said, for this exercise, we decided to dig through the company library and celebrate its legacy as a whole.

This list doesn’t contain shots from every single Ghibli film, but a lot of ground has been covered for your viewing pleasure. Now, without further ado, please enjoy the visual splendor of what is arguably the most consistently brilliant animation studio ever to exist. 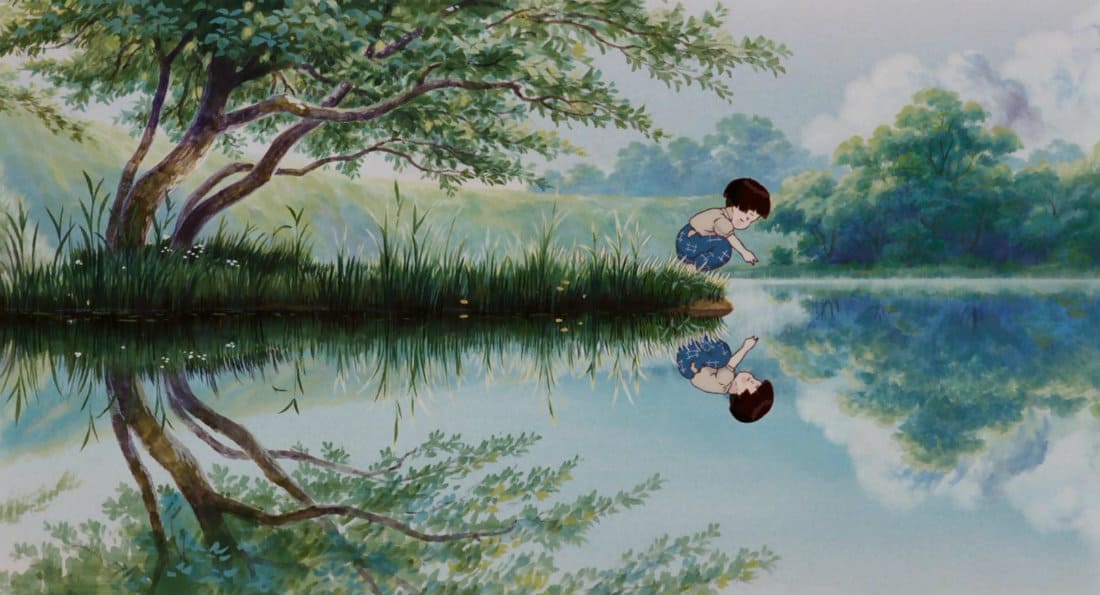 Related Topics: Anime, From Up on Poppy Hill, Grave of the Fireflies, Hayao Miyazaki, Howl’s Moving Castle, kiki's delivery service, Laputa: Castle in the Sky, My Neighbor Totoro, Nausicaä of the Valley of the Wind, One Perfect Shot, Only Yesterday, Pom Poko, Ponyo, Porco Rosso, Princess Mononoke, Spirited Away, Studio Ghibli, Tales from Earthsea, The Cat Returns, The Secret World of Arrietty, The Tale of the Princess Kaguya, The Wind Rises, When Marnie Was There, Whisper of the Heart