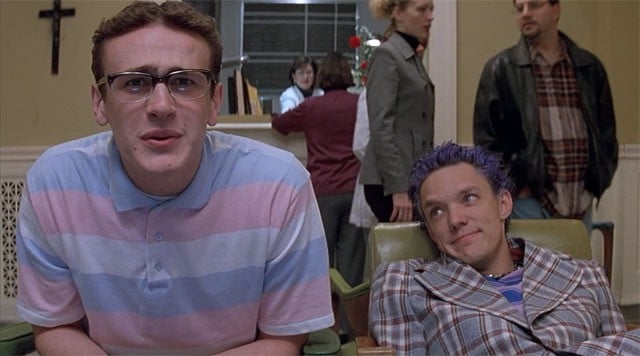 This summer, the SLC Punk sequel Punk’s Dead is planning a big party. After a successful crowdfunding campaign to give their production a bit more scale, they’re putting on a huge concert with Screeching Weasel headlining in a scene designed to bring the grown-up characters of the original film back together again. It’s going to be loud in Salt Lake City on June 20th.

They’ve also got their younger punks lined up. Devon Sawa, Michael Goorjian, Adam Pascal and James Duval are returning for the sequel, and now they’ve got Ben Schnetzer (The Book Thief) as Heroine Bob’s son, plus rapper Machine Gun Kelly, Hannah Marks (The Amazing Spider-Man) and Sarah Clarke (The Signal) on board.

According to the production, they also have two surprise cameos in store.

Unfortunately, Matthew Lillard’s name doesn’t seem to appear in the official roster anymore, and Clarke is playing Trish – the role originated by Annabeth Gish. Without them, the reunion aspect is going to be diminished, but the central focus of the movie is what happens to punks who grow old and have to deal with a new generation of rebellious youth. It’ll be interesting to see how director James Merendino deals with that ubiquitous generational difficulty.

The best part of this announcement is that the movie is going forward in a real way.