Here’s our guide to what will scare the hell out of you on Shudder this month, plus everything that’s new to the streaming platform.
By Rob Hunter · Published on March 4th, 2020

The list of new arrivals to Shudder for March 2020 is below, but first, we’re going to talk about what scares you. In real life the answer is probably financial despair, rejection, and death, but in movies? It’s often ghosts. Most of us know they’re not real, but a talented filmmaker can find the terror in the supernatural and deliver bumps in the night that truly terrify. Sure, it might only last while watching, but delivering goosebumps, an increased heart rate, and legit fear is no small feat.

To that end, I’ve combed through the offerings on Shudder — a must-have subscription for horror fans — and have picked out five creepy chillers almost guaranteed to thrill and chill. If these movies don’t give you goosebumps… you’re already dead! So before we get to what’s new this month, let’s take a look at the five scariest movies currently streaming on the service. I’m sure there are people who don’t find “older” movies to be scary, but an effective horror flick is an effective horror flick. This haunted house tale sees George C. Scott rent an old home only to be drawn into its history after some spooky occurrences. Scott’s a big, gruff guy, and he’s terrific here as a man already broken by tragedy who’s forced to confront a mystery beyond death, and director Peter Medak loads the film with atmosphere to spare. The mystery is a compelling one and sees Scott’s character digging into buried secrets that set the town’s upper crust society ablaze, and his encounters with the spirit of the house are wonderfully eerie and haunting. Yes, it’s a slow burn, but give it your time and you’ll be rewarded. 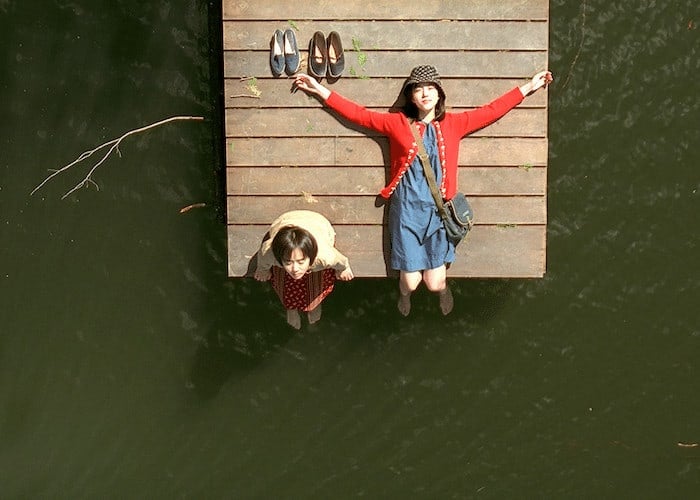 It’s possible to deliver atmospheric scares without a dense backstory or fleshed-out characters, but it’s hard to deny how much fear is magnified when you care about the characters involved. Kim Jee-woon’s terrifically creepy tale sees sisters at the whim of a cruel step mother, and as our hearts break for them the hairs on our arms begin raising in spooky solidarity. Kim has shown a mastery of other genres including action and westerns, but here he slows things down to focus on the beauty and horror of it all with mesmerizing results. Found footage films, and their closely aligned neighbors, faux docs, are often a tough sell because so many of them are terrible. This Japanese entry goes the opposite direction, though, by delivering an engrossing and increasingly terrifying experience packaged in the form of a supremely competent production. This is especially impressive as the structure sets up a doc inside a doc, and even with all that finagling the damn thing still pours on the scares. Part documentary and part found footage, Noroi blends news footage, reality shows, and other clips that combine to build and maintain an atmosphere of utter creepiness. And that final image? Nightmare fuel. Like the film above, this gem of a horror film takes the form of a doc incorporating some found footage along the way, and the result is gloriously creepy right up through its already legendary finale. Even better, the film finds terror is some very relatable feelings and issues as the doc begins life focused on one woman’s descent into dementia and Alzheimer’s. There’s a tragedy to the film even as it descends into horror, and it’s incredibly effective along the way. Look, I unequivocally love the four films above… but I am not a big fan of this one. So why include it? Because every other motherfucker I know claims it’s terrifying! Odds are some of you will too, so I’m giving it the shout out here. It’s an Argentinean chiller set in the neighborhoods of Buenos Aires and follows families and investigators struggling with a supernatural presence. There’s definitely some terrific imagery at play, so give it a spin some dark night and see where you land.