The last thing anyone needs right now is to be afraid. The COVID-19 pandemic’s death toll is rising by the day, and that’s enough to instill fear in even the most lionhearted person. As a result, most people are locking themselves indoors until the crisis is contained. However, while some of those people will be choosing to distract themselves with some lighthearted entertainment, others are turning to movies that force them to confront their anxieties, and there’s nothing wrong with that.

Horrific movies are a safe outlet that permits people to not only be scared but also to express their fear. Right now you might want to break down in tears and scream out loud, and the movies featured on this list will give you an opportunity to do just that. Of course, maybe you’re also the type of person who just enjoys movies that feature pandemics, body horror, and societal chaos, and the current global crisis has reminded you of how good movies of this ilk are.

With the world falling apart courtesy of the novel coronavirus, I have prepared a list of enjoyable pandemic movies that you’ll all respond to differently. Some are realistic and explore deadly diseases through an accurate lens. Others are more fantastical and revolve around humankind turning into savages. But they’re all worth your time, and they’re available on streaming platforms right now. Outbreak is about a small town in California that becomes entirely quarantined when the residents fall victim to an Ebola-like virus that stems from Capuchin monkeys in Zaire. Most of the story focuses on the military and health personnel who are charged with containing and treating the infected, but the movie also explores the extreme lengths that some organizations will go to in order to thwart a threat from spreading. When the movie was released in 1995, an Ebola virus was occurring in Zaire, which made the movie quite scary for some viewers in the real world at the time. Outbreak is an entertaining disaster movie that poses the horrific idea that diseases lurk in nature, and they could strike humanity at any time. In Danny Boyle’s chilling zombie thriller 28 Days Later, a mysterious virus steamrolls through the United Kingdom and turns the nation’s populace into bloodthirsty lunatics. A team of survivors tries to cope with the aftermath of the pandemic and find sanctuary, but no one is to be trusted. In this post-apocalyptic society, soldiers attempt to force women into sexual slavery and execute those who don’t comply. Humanity is even more monstrous than the zombies at times — but that’s the point, as 28 Days Later is an unsubtle political allegory and humanist parable. This movie is responsible for reinvigorating the zombie genre, and like most movies that inspire entire trends, it’s one of the best of the bunch.

Stream it on Hulu If you’re looking for a more somber and realistic depiction of a pandemic in a pre-apocalyptic world, Carriers — featuring a young Chris Pine — is the movie for you. The story follows a group of friends as they set out to find a plague-free zone and wait for things to blow over. However, on the way there, they encounter a man and his infected daughter, who subsequently spreads the disease to a member of the group. This is a slow, dramatic, and utterly bleak movie that should resonate with fans of The Road and films of that ilk. The most brutal pandemic in history was the Bubonic plague, which spawned in the 1300s and killed as many as 200 million people. It also serves as the backdrop to this fantastic horror-adventure movie from English director Christopher Smith. The story follows a band of puritans who set out to find a village that’s not only plague-free but where there have been reports of black magic being used to both to keep the disease away and also to resurrect the dead. Black Death doesn’t focus too heavily on the plague itself, but it’s a fun man-on-a-mission yarn that features sword battles, religious superstition, occultism, and an eerie finale that gives The Wicker Man a run for its money. Sean Bean also stars in this one, but the big question is: does he survive? Watch it now to find out.

Stream it free with ads on Crackle No one entered 2020 expecting Steven Soderbergh’s Contagion to be one of this year’s most talked-about movies. However, the world is experiencing a global pandemic that’s quite reminiscent of the disease in the movie, and people are turning to Contagion as their go-to stress-watch. Still, this is a great movie that mostly resists sensationalism for a more grounded take on life during a worldwide virus crisis. That’s one of the film’s scariest qualities as well, and watching it in the current climate is a guaranteed way to make your anxiety levels rise.

Stream it on Max Go Hailing from South Korea, this film is about a virus that tears through Bundang and causes the city to become quarantined. The infected only have 36 hours to live. They also vomit blackened blood, and it’s really gross. And with no one able to get in or out of the city, chaos reigns as communication is cut off and riots break out. All of the hallmarks of a virus-themed disaster movie are present and accounted for, but Flu scores extra points for being very intense, crazily entertaining, and rife with political distrust. From the same filmmakers as Carriers, this movie will resonate with many viewers right now as it’s concerned with social distancing, albeit turned up to 11. The epidemic in The Last Days turns humanity into agoraphobes because the act of going outside, into the open world, spells death. But a software engineer must find his girlfriend, so he leaves his building and sets out into the world, navigating underground tunnels and anywhere else that provides him with shelter, on his travels. The premise is silly, but the film is grounded courtesy of relatable human characters and their realistic ways of coping with the chaos around them.

Stream it on Hulu Here is another pandemic movie that eschews fantastical concepts such as zombies and murderous maniacs in favor of portraying a realistic outbreak. Inspired by the real Ebola outbreak of 2014, the story revolves around an epidemic in Nigeria and the effort to contain the disease before it makes its way into a major city with a population of 21 million. The film not only examines the efforts of the medical teams to prevent the virus from spreading, but it also focuses on the pressures they face from political entities and the general public. 93 Days might be too close to home at the moment, but it’s available to watch now if you feel up to the task. This zombie yarn is predictable and more reminiscent of a video game than a movie, but if you’re looking for something to pass the time, Pandemic is perfectly fine. The moments involving undead chaos are quite fun, but the majority of the movie is bogged down by scenes that are more reminiscent of the pre-mission moments in first-person shooter video games. Still, the film’s depiction of a collapsed society is chaotic enough to feel dangerous at times. If the character moments weren’t so lifeless, Pandemic would actually be a neat little flick. 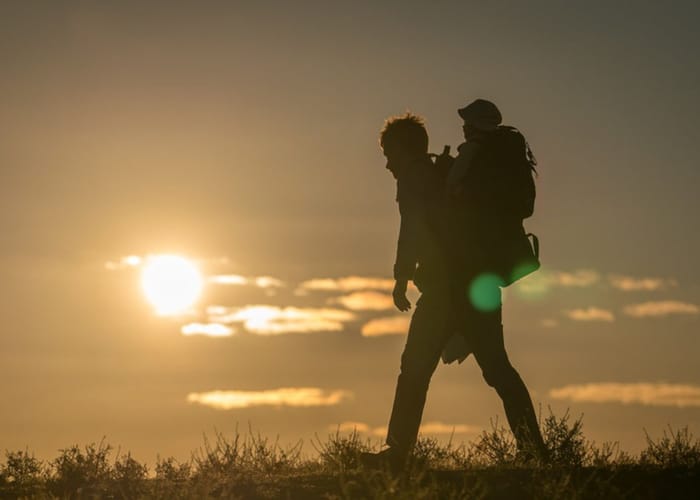 I’m of the opinion that the horror genre wouldn’t be missing out if zombies stayed dead forever. But every once in awhile a movie comes along that brings its own spin to the genre, and reminds the naysayers that there is life in the undead movie after all. Cargo is one of those movies. Directed by Ben Howling and Yolanda Ramke, it is pretty straightforward as far as these things go. A man and his daughter are on the run from monsters, but there’s a twist: he is slowly becoming one of the undead himself. With only 48 hours before he turns into a flesh-eating ghoul, he must navigate the wasteland and find a new guardian for his daughter. While Cargo doesn’t rewrite the rule book, it’s infused with enough ideas to stand out from the pack. This aptly-titled movie is a work of fiction but based on the true events surrounding the 2018 Nipah outbreak in India. The disease is estimated to have killed at least 75 percent of those infected, but this movie chronicles a small community’s effort to prevent it from spreading. While the subject matter is far from feel-good entertainment, Virus does highlight just how much work physicians and epidemiologists put into containing the crisis, and the film will give you even more admiration for the people working in those fields.