Some people spend their days arguing over the merits of Netflix and how it shouldn’t be eligible for Academy Awards, but the rest of us know better. It’s just one more way to re-watch the movies we already love and find new ones to cherish. This month sees plenty of both hitting the service.

The complete list of movies and shows hitting Netflix this month — March 2019 — is below, but first I’m going to highlight a few that stand apart from the bunch.

There’s a reason our very own Anna Swanson referred to Triple Frontier (premiering March 13th) as “Zero Dark Thirsty,” and it has as much to with the filmmakers and modern military action as it does the cast of familiar male faces leading the adventure. Ben Affleck, Oscar Isaac, Pedro Pascal, Charlie Hunnam, and Garrett Hedlund — some of us have long wanted proof that those last two are actually separate people, and this may be our chance to see them onscreen together —  headline the film co-written by Mark Boal (Zero Dark Thirty, 2012) and directed by J.C. Chandor (All Is Lost, 2013). It’s a heist film about five vets who attempt a score south of the border and find more than they were bargaining for. Disney’s own streaming service should be launching soon (already? I don’t know) at which point their big properties will most likely be exclusive to their new home and no longer available on services like Netflix and Hulu. You can prepare for that upcoming cinematic withdrawal by watching a couple Disney adjacent films instead. Yes, they’re still produced by Disney, but they’re offshoots of familiar — and far more popular — tales. Saving Mr. Banks (2013) explores the “true” story of Mary Poppins author PL Travers as she deals with Walt Disney’s persistent attempts to acquire the rights to her book for adaptation. It ain’t great! But on the bright side it stars Emma Thompson and Tom Hanks. Christopher Robin (2018) arrives March 5th and takes a more magical approach to one of its properties by imagining a grown-up Christopher Robin who’s reacquainted with Winnie the Pooh at a low point in his life. Christopher’s, not Winnie’s. Think of it as a more mature take on Drop Dead Fred (1991) if that makes it go down any easier. 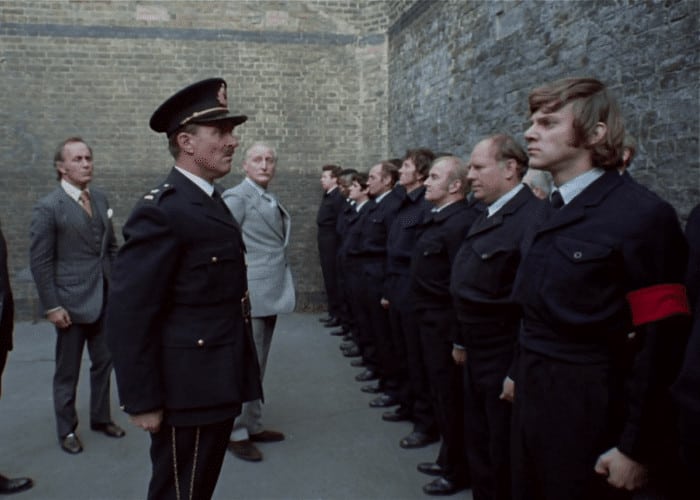 One of the constant criticisms of Netflix is its lack of older films. It’s a legitimate concern as the bulk of their content is from the 21st century, so each month I like to highlight the oldest new arrival, and March’s ancient gem is… Stanley Kubrick’s audacious A Clockwork Orange (1971). It’s a film that still prickles, delights, and challenges viewers with its commentary on society’s skeevier elements both above and below the line. And as an aside, the next oldest new arrival this month? 1995’s Apollo 13. While Triple Frontier is our most-anticipated Netflix Original this month it’s far from alone, so I wanted to point out a few more highlights. Your Son is a slow burn tale of revenge as a doctor seeks justice on the young men who brutally beat his son. Imagine a more somber and bleak Death Sentence (2007) and you’ll be in the ballpark. I know very little about the new series Shadow (premiering on March 8th), but its synopsis sounds like an Equalizer reboot I can behind — “In Johannesburg, tough ex-cop Shadow pursues justice on his own terms and seeks to help those who are powerless to protect themselves.” Yes please. The Dirt (premiering on March 22nd) is a biopic about those four rascals in Mötley Crüe. Are they using those diaeresis symbols right? I don’t know, but I’m hoping this film has the answers. Finally, as president of my one-man Kevin Costner fan club, I’m excited and duty-bound to bang the drum for The Highwaymen (premiering March 29th). It stars Costner and Woody Harrelson as ex-cops who return to the job to track down the infamous Bonnie & Clyde. I’m hoping it can overcome the director’s reputation for mediocrity. (Sorry John Lee Hancock but also not sorry because come on…)

March 30th
How to Get Away with Murder: Season 5