The Musical Legacy of ‘The NeverEnding Story’

The nostalgic cover of the movie’s theme song in ‘Stranger Things’ is only one of many musical moments through the decades reminding us of the fantasy cult classic.
By Christopher Campbell · Published on July 25th, 2019

One of the most nostalgic moments of Stranger Things 3 involves Dustin and his girlfriend Suzy singing a duet of “The NeverEnding Story” from the 1984 movie of the same name. After 35 years and multiple sequels and TV series, the adaptation of Michael Ende’s epic fantasy novel is best remembered for that theme song by Limahl and for the other tunes that the movie has inspired. Yes, many of us fondly recall Falkor, the Nothing, and of course, the devastating death of Atreyu’s horse, Artax, but The NeverEnding Story‘s legacy is primarily a musical one, as broken down below.

“Map and Willie” by Dave Grusin

My brother and I like to play a little game called “The NeverEnding Story or The Goonies.” It’s very simple but also very challenging. On the piano, he plays either the track “Fantasia” by Klaus Doldinger from his score for the former or the track “Map and Willie” by Dave Grusin from his score for the latter. It’s a tradition based on the fact that we’ve always confused the two for each other due to their similar descending note progressions. Thanks to forums on the internet, I’ve learned that we aren’t the only ones who find them to be similar. And that it’s likely no coincidence. The original trailer for The Goonies features what seems to be a bit of “Map and Willie” but is actually a track from Doldinger’s German release version of the NeverEnding Story score called “Im Haulewald” (“In the Howling Forest”). While I can’t find any proof, the fan theory seems to be that The Goonies used Doldinger’s music as temp tracks to guide Grusin in his own score. For fans of the book The NeverEnding Story, Atreyu is a hero with olive green skin. For fans of the film adaptation, he’s Noah Hathaway. And for metalcore fans, Atreyu is a popular band. Their name does come from the character, but they seem to have been more inspired by the page than the screen. And there’s not any deeper significance to the choice. “There’s really not much of a meaning behind it,” guitarist Dan Jacobs said in a 2005 interview with MetalUnderground.com. “It’s a name we got from The NeverEnding Story. Our buddy Scott Lloyd helps out with us and he’s kinda hanging around and threw that name out.” In a more recent interview, Jacobs had even less meaning to provide: “At the time of this transition, a lot of our favorite bands had names of characters from sci-fi, fantasy, horror, type movies so we were intrigued by the name Atreyu and went with it.”

“Luck Dragon Lady” by The Aquabats The NeverEnding Story sequels and TV series aren’t as beloved as the original movie or book, but there’s an unofficial spinoff story in the form of a song by The Aquabats that’s pretty enjoyable. “Luck Dragon Lady,” off the 2011 album Hi-Five Soup!, is a love story between two luck dragons, one of whom is presumably Falkor (the song features an impression of his voice from the movie). But it also borrows from Devo’s “Girl U Want.” Apparently, when The Aquabats performed the song during a House of Blues show during San Diego Comic-Con 2013, they had a Chinese dragon puppet on stage that resembled Falkor.

“Champion” by Fall Out Boy This single off the 2018 Fall Boy Boy album M A N I A doesn’t come across as being inspired by The NeverEnding Story, and the music video certainly shows no influence from the movie, but there is some connection. When “Champion” was released, singer Pete Wentz shared this: “I really started to think that this one really reminds me of this moment in The NeverEnding Story. It always stuck out to me as a kid — first they’re like, ‘Wait you’re just a kid, lol, we need a warrior,’ then they’re like, ‘Ok you’ll do, I guess, you’ll do,’ and then, ‘No one can help you, and if you don’t do this our entire world dies, so no pressure.’ (Shout out to the face Atreyu makes after the guy is like, ‘Our whole world will be destroyed’). No one believes, but at the same time, we all need to believe in you…this one is for the kid warriors out there hunting the purple buffalo…” 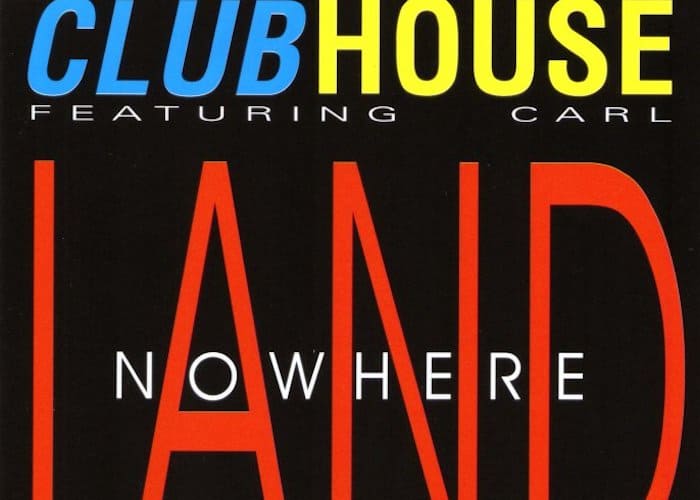 One way to show off direct influence is to just blatantly borrow. In 1994, the Italian group Clubhouse put out “Nowhere Land,” which is basically a dance mix of Doldinger’s memorable score track “Bastian’s Happy Flight” from the end of the movie with original lyrics that seem to fit with what’s happening in that screen moment — it’s as if Bastian is singing about his ride on Falkor and traveling to Fantasia. The actual singer on the “Nowhere Land” is Carl, who also performed the vocals for Clubhouse’s most famous house single, “Light My Fire.” Besides that song, though, the group was mostly known for their music sampling or mashing up previously existing hits. David Unger Music, aka D.U.M., makes parody videos on YouTube but also they have some great music, such as the single track “On & On” from 2014. The song’s music video, however, is where the spoof comes in. It takes scenes from The NeverEnding Story and puts David Unger’s face over Bastion’s and Atreyu’s. Also, Falkor’s eyes shoot lasers at the bullies this time around. And if you like that, you’ll like their other music videos stealing from such movies as Star Wars and Home Alone. The song itself doesn’t relate too much to the movie, though the title “On & On” and the lyrics about traveling on and on seem relevant to a story that never ends. It’s one thing to name your band after a character or have a single song inspired by the movie, but Listener went so far as to base a whole concept album on The NeverEnding Story. It’s not blatant, but Dan Smith, who leads the spoken-word rock group, has admitted each song relates to characters and events in the movie. If you really read the lyrics, the connections seem clear in many of the tracks, particularly “Failing is Not Just for Failures” (“I lost my best friend to sadness…”) and “These Hands Weren’t Meant for Us” (“These hands were strong once…”). Smith says “Seatbelt Hands” is about the woman in the pumpkin house, which from the book only.

The Nothing by Korn The latest album from Korn (due out in September) sounds like it could also be a concept album based on The NeverEnding Story, but it’s mostly a record inspired by the death of the estranged wife of frontman Jonathan Davis. But the title of the album is named after the movie’s villainous entity. Recently, Davis told Kerrang! of the inspiration: “I was struggling with the thing that’s chasing me — that’s always fucking with me. I tried to give it a name and it just fit. “I know it’s from The NeverEnding Story – The Nothing was coming to destroy the fairytale land with Atreyu. I love that movie, but it was somewhere in between. The Nothing’s not necessarily evil evil – it’s a mixture, and I’m all about balance.”