You never forget your first.
By Anna Swanson · Published on October 1st, 2019 We knew Jordan Peele was funny and clever: five seasons of Key & Peele demonstrated that. Some of us even knew he was capable of left-field surprises, as with his and Keegan-Michael Key’s darkly comic appearance on FX’s Fargo. So when Get Out premiered at Sundance in 2017 and then took audiences by storm a month later, we should’ve guessed we were in for something special. A perfectly paced expose of the rotten anti-Black and racially fetishizing underbelly of upper-class America, Get Out ratchets up the tension to near-unbearable levels before letting loose with a third act that’s nothing short of historic. Get Out earned its place its modern classic status in a dozen different ways, from its genre-revolutionizing centering of Black characters, to it breaking the then-record for the highest-grossing original debut horror film ever. In a response that’s truly awesome to witness, Peele now has legions of fans who will follow him anywhere, from this year’s US (which re-broke an original horror film box office record) to The Twilight Zone reboot and beyond. (Valerie Ettenhofer) Viva la vengeance! Coralie Fargeat’s 2017 debut is a sun-soaked, visceral whirlwind of a film. Her take on the rape-revenge genre is ingeniously crafted so as to never exploit the violence Jen (Matilda Lutz) endures but to instead catapult us into her perspective as she retaliates against the men who have assaulted her and left her for dead. The violence that is wrought upon these scumbags is impeccably well-crafted, and it’s clear that Fargeat has one hell of an eye for bloody set-pieces. Revenge is a bold feat of filmmaking that is both brutal and sublime. To take on a tried and true sub-genre such as this and bring something new to the conversation is an endeavor many wouldn’t dare attempt, much less excel at. Revenge is an unrelenting viewing experience that affirms Fargeat as one of the best new talents to emerge in the horror genre in a long time and with any luck, she’s here to stay. (Anna Swanson) 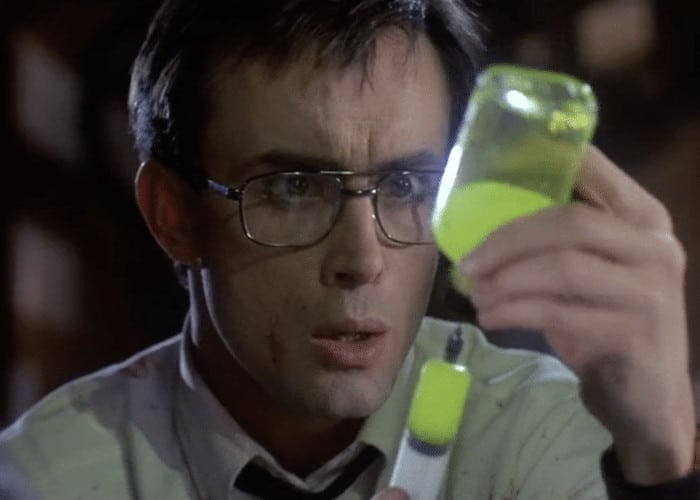 Legend has it that while Stuart Gordon was chatting with some friends about the dearth of Frankenstein films, someone recommended that he read H.P. Lovecraft’s Herbert West-Reanimator. Off to the Chicago Public Library’s special collections Gordon went, and the rest is goopy history. Believe it or not, Gordon originally pitched Re-Animator to PBS (who passed, duh) before Dark Star FX technician Bob Greenberg introduced Gordon to genre madman/producer Brian Yuzna. When the review-board handed out an X certificate and a laundry list of cuts, Gordon and Yuzna stuck to their guns and unleashed their uncut bloodbath on Cannes to the tune of a special critics prize. With a tight budget and a stage mentality, Gordon’s debut has a grisly vitality and a sense of humor to match. Re-Animator is an electric debut; a splashy 80s flick with a big old heart and more charm than most. (Meg Shields) By the late ’60s, George Romero was sick of making commercials. He had a painful hunger, and the jobber work would never satiate his creative craving. Night of the Living Dead began life as a horror-comedy co-written with John Russo under the handle, Monster Flick. Early drafts involved aliens and human corpses set aside for extraterrestrial meals. The script was goofy, fun, and expensive. The aliens had to go. The corpses could stay. Russo took another pass and came up with the idea of flesh-eating ghouls. Romero, inspired by Richard Matheson’s I Am Legend, trapped a small group of undead-defenders in a house. The zombie subgenre was born.

Night of the Living Dead is an exuberant terror that exhilarates as much as it mortifies. Here is a film you can’t help but put yourself within. How would you act in this scenario? Where would your morals break? The film was made on a shoestring but plays like the creation of a fully-formed filmmaker. Remove the experience from the timeline and an entire walking dead industry would be erased, and countless thrills would evaporate. Night of the Living Dead is essential to the fabric of cinema; pull its thread, and everything unravels. (Brad Gullickson) In 1974, a 31-year-old Tobe Hooper made his feature-length horror debut with a terrifying tale about a group of friends that fall prey to a family of cannibals. Working with a minuscule budget and a cast of unknown actors, Hooper directed the film with the skill and tact of the most seasoned pro. Upon its initial release, the film was a box office success and received a mixed reaction from critics, but quickly became notorious for its extreme violence and excess gore. This reputation left the film labeled a video nasty, earning a ban in several countries. It should be noted that this all occurred despite the film being relatively light in bloodshed and actual on-screen gore. It’s a sweaty, sticky film that makes you want to shower immediately after watching, but it tricks you into thinking you’ve seen more than you have, a testament to Hooper’s talents. 45 years later and the film is not only revered as a horror classic but recognized as one of the greatest achievements in the history of cinema. (Chris Coffel)