The Bad Places: A Tour Through Hell, As Seen in Pop Culture

Every religion in the world has its own set of beliefs about the afterlife. And while the ideologies all differ, most of them do have their own version of the Heaven and Hell concept. Basically, good people are rewarded in paradise while sinners are punished in a wicked place. This concept has also inspired movies and television shows, many of which have applied their own fun spin.

Heaven isn’t explored nearly as often as its evil counterpart, though. The fact is, when it comes to entertainment, most people are more interested in being disturbed and spending time in murky terrains. Hell satisfies those needs, and some movies and shows have brought it to life in imaginative, disturbing, and hilarious ways. Let’s take a look at some of the most memorable. One of cinema’s earliest depictions of the Underworld appeared in Italy’s first-ever feature film. Francesco Bertolini, Adolfo Padovan, and Giuseppe de Liguoro’s vision of the abyss in L’Inferno was inspired by Gustave Doré’s engravings in Dante Alighieri’s epic poem The Divine Comedy. The film guides the viewer through the various circles depicted in the iconic text, making for an immersive and compelling exploration of Hell that was mightily ambitious for its time. Even by today’s standards the special effects and elaborate sets in L’Inferno are impressive, and some of the demonic creatures will visit your nightmares afterward. 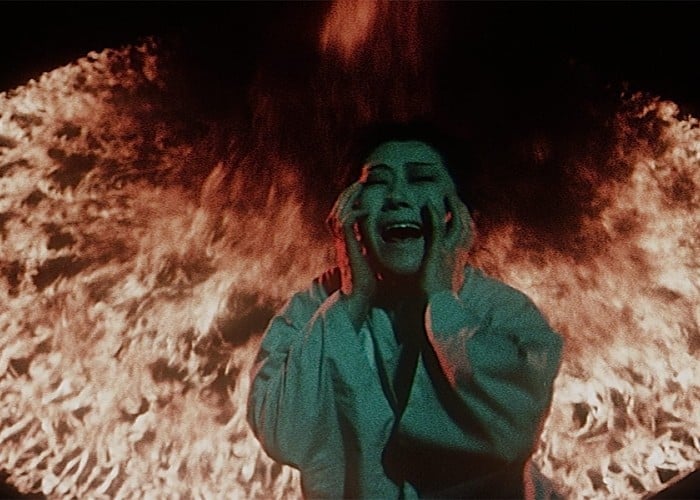 Also known as The Sinners of Hell, this film was directed by Nakagawa Nokuo, a Japanese genre auteur known for making scare fare during the 1950s and 1960s. Jigoku is arguably his most popular film, however, and its graphic, terrifying portrayal of Hell is key to its legacy. The movie presents a Japanese interpretation of the pit and culminates with a series of gruesome and phantasmagorical vignettes that illustrate the endless torment that awaits sinners after death. The film’s central story, which involves a hit and run accident, also took cues from the real-life murder case of Nathan Leopold and Richard Loeb, which also inspired Alfred Hitchcock’s Rope. Hell is often depicted as a scary place where the damned are violently punished by demons and devils. But this episode of The Twilight Zone takes a different approach by presenting a more mundane take on damnation. In the episode, a thief ends up in the afterlife only to have his every wish granted. He never loses at the casino and women can’t get enough of him. It’s paradise. After a while, though, it becomes boring and he wants a change of scenery. The only downside is that he’s doomed to remain where he is in a perpetual state of dissatisfaction. Can people have too much of a good thing? Maybe in Hell they can. The first Hellraiser movie took place in a house which was visited by demons. The lights of Hell are shown when a doorway opens for the Cenobites to emerge from, but overall, the Underworld is peripheral. In the sequel, however, Kirsty (Ashley Laurence) enters the labyrinthe and confronts her personal torments, as well as the grotesque monstrosities that want to tear her soul apart. This is a Hell of dark corridors and nightmare rooms, where despicable creatures dwell in the dark. In this riff on the Orpheus legend, a pizza delivery driver (Chad Lowe) must enter the Underworld to save his bride-to-be (Kristy Swanson) after she gets abducted by a demonic police officer. This takes him on an adventure through Hell’s desert highways, meeting a host of crazy characters along the way. While the movie boasts some imaginative sets and features cameos from historical figures, its Hell is essentially an amplified version of the real world and its most frustrating annoyances — bad service, car troubles, awful payphones, Ben Stiller. This is the most entertaining movie about the abyss you’re ever likely to see, and it comes from a screenplay by future Academy Award winner Brian Helgeland. Forget about Satan. Even though he’s featured in this sequel, which sees the titular rogues visit the dark realm, the dark lord isn’t the scariest creature Bill and Ted encounter. Those honors go to an evil Easter Bunny and a grotesque granny that wants her kisses. Rabbits and old people are mostly adorable, but in this movie, they’re pure nightmare fuel. In this version of the Underworld, the doomed denizens must confront their personal fears, but that’s what they get for giving Death a melvin. Bill & Ted’s Bogus Journey is very much a comedy, but the scenes that take place in Hell are quite surreal and disturbing all the same. In Paul W.S. Anderson’s ill-fated sci-fi horror gem, an astronaut crew is sent to investigate a spacecraft that randomly disappeared into a black hole only to mysteriously return. As it turns out, the black hole in question was actually a gateway to Hell, and anyone who gets close to it better be prepared for a horrifying experience. This is an interesting spin on the Hell in space concept that originated with Disney’s The Black Hole, and while far from original in that regard, Event Horizon explores it most effectively. Now, release the director’s cut, dammit. The afterlife in What Dreams May Come is a creepy place in general. With its flying mermaids and people with creepy faces, even Heaven is too bizarre to want to spend an eternity in. Regardless of where a soul ends up, they’re going to see some unsettling sights. Hell, meanwhile, is a place of burning shipwrecks, seas of muttering heads, and individualistic torments that tap into people’s fear of loneliness. Still, it’s also a very romantic movie about one man’s quest to rescue his wife from an eternity of suffering, and it stars the indelible Robin Williams. This version of Hell in the South Park movie is shoddily animated, but it’s a lot of fun and full of relationship drama. In this iteration of the beyond, Satan is in a relationship with Saddam Hussein, and the pair of them have a tendency to break into song. Satan even performs a power ballad about his desire to live “up there, where there’s so much room, where babies burp and flowers bloom.” The TV series also visited Hell a couple of times, most notably during the “Hell On Earth 2006” episode, in which Satan and his minions throw a big party. The only problem with Constantine’s vision of Hell is the lack of screen time it gets. There’s nothing particularly original about this Underworld — a flame-ridden freeway with demons — but the horrific imagery is still impactful and it gives viewers the impression that there’s a huge realm just waiting to be explored. In the Hellblazer comics, Hell contains forests, mountains, volcanoes, and great kingdoms, which is more interesting. That being said, perhaps if the film received the sequel it deserved, more of Hell would have been explored. Violent torture is too simple. Anyone who is into BDSM isn’t going to find that punishing. Other people will get used to it after a while. However, there’s one thing that everyone hates that would be unbearable to deal with for an eternity: standing in line. In Supernatural, Hell is often depicted and described in a traditional way, but when Crowley (Mark Sheppard) revamps the place to include a neverending queue, it becomes way more interesting. The idea of waiting to get to a destination that never comes is haunting, and if there is a real Hell, it should consider this model of torment for its inhabitants. The Good Place is one of the forking best pieces of entertainment about life after death to ever grace the screen. And one of the qualities that make the show so awesome is its version of Hell, known as the Bad Place. There are many facets of the Bad Place in the show, some of which are referred to in passing. But the show mainly exposes viewers to the experimental version, posing as the Good Place — an idyllic neighborhood set up to psychologically torment humans by giving them the impression they were in paradise. This metaphysical realm is very bureaucratic, and the goal of its overlords is to find unique ways to punish people. But it’s fun. Season 3 of the bewitching Netflix show Chilling Adventures of Sabrina spends a lot of time in Hell. At first, the realm is portrayed as a demented version of The Wizard of Oz, a road where straying off path brings people into contact with axe-murdering Tin Men, deceased relatives, and Edward Scissorhands-like school teachers. There are forests and lakes, with a grim twist, but there’s more to this abyss as well: political turmoil. Most of the season’s Hell stuff revolves around Sabrina’s battle for supremacy against an ambitious prince who wants the throne. It’s very fascinating watching all of the demonic in-fighting, and I look forward to spending more time there in Season 4.