1981 was the year of the werewolf. That one calendar year gave birth to not one, but two of the best werewolf movies to ever see the light of the full moon. (We don’t count Wolfen — it’s awesome, but it ain’t about werewolves.) The first of those films to see the light of a full moon was Joe Dante’s The Howling. Dee Wallace stars as a news anchor that suffers amnesia after assisting the police in carrying out a bizarre plot to capture a serial killer at a porn theater. Her therapist recommends she attend a resort called “The Colony” with her husband for treatment. Like most resorts, this one happens to be a shag station for super sexy werewolves. As you can imagine, Dee Wallace must now warn the world that werewolves do exist.

Often overlooked thanks to the John Landis film that would come later that year, The Howling features a transformation that is as gnarly and effective as anything the genre has ever seen. The nearly three-minute scene of grotesque mutation is highlighted by Rob Bottin’s use of air bladders under latex, allowing the audience to experience the skin pulsating and skull bones expanding. Unrelated side note, Dante regular Dick Miller plays a bookstore owner named Walter Paisley, a fun callback to his role in A Bucket of Blood. (Chris Coffel) Stephen King‘s “Cycle of the Werewolf” was originally written and published as a limited, calendar-themed story, and it stands as a fun month by month werewolf tale. Silver Bullet, for all of its cheese, is an improvement and remains an immensely entertaining werewolf flick. That it’s also an almost Amblin-like adventure for genre-savvy pre-teens is equally important.

Corey Haim stars as a wheelchair-bound kid with an active imagination, a fantastic older sister (Megan Follows), and a nutty uncle (Gary Busey). The adventure begins when he begins to suspect someone in his small-town community is actually a vicious werewolf. Is the monster’s identity as obvious as the eyes on your face? Yes, but that doesn’t detract from the fun as the siblings and their uncle rally together to face off against the beast. The effects can’t muster the same quality as some of the titles on this list, but they work well enough to bring this story to life. Credit director Daniel Attias and King’s own screenplay for understanding it’s a story told by and for adventurous young spirits. (Rob Hunter) Let’s start by making it clear that the best way to watch this Brazilian fantasy horror is to go into it knowing as little as possible. But if the title alone won’t entice you, let’s just say that while the movie starts with a nanny suspecting that there’s something strange about her pregnant employer’s cravings, it goes in so many directions that you will never see them coming. The film weaves elements of supernatural horror with the enchantment of a fairy tale. It’s an inventive, heartfelt journey that still packs enough bite to satisfy genre fans. All around, this is one worth howling about. (Anna Swanson) 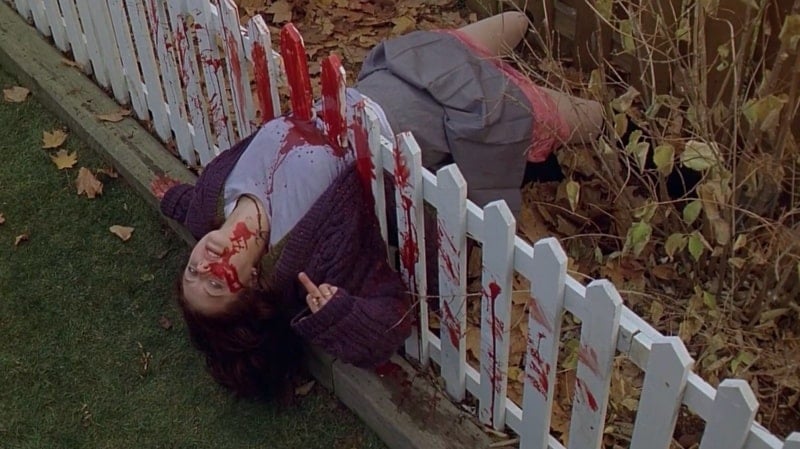 A bloody curse based around lunar cycles? Why aren’t there more movies about the obvious link between young women and werewolves? John Fawcett’s untouchable coming-of-rage genre flick sees two outcast sisters, Ginger (Katharine Isabelle) and Brigette (Emily Perkins) trapped in a special sort of hell: suburban Ontario. The same night that Ginger has her first period, she is brutally mauled by a wild creature. Then, miraculously, her wounds heal, and she gains a newfound pep in her goth girl step. Maybe she’s born with it…maybe it’s lycanthropy.

A whip-smart and devilishly unique take on the werewolf genre as a, uh, period piece, Ginger Snaps draws a straight line between the ungodly body horror of puberty, the monstrous feminine, and age-old Lupine legends. Featuring a slow-burning werewolf transformation brought to life with good-old-fashioned practical appliances, Ginger Snaps taps into the elemental pain at the heart of werewolf fiction by setting itself squarely in one of the most angsty arenas known to man. (Meg Shields) As the late Warren Zevon said, “​​Ah-wooo, werewolves of London” and truer words have never been spoken. But on a more serious note, John Landis’ 1981 werewolf film An American Werewolf In London is a quintessential horror text when it comes to both lycanthropy and practical effects. While on a backpacking trip through England, David Kessler (David Naughton) and Jack Goodman (Griffin Dunne) encounter a giant wolf-like creature on the moors. Jack is mauled to death while David survives, but not without consequences.

He now carries the curse of the werewolf in his blood, causing him violent nightmares and a craving for flesh. Then, as the first full moon rises, he fully realizes his fate. This initial transformation sequence is a masterclass in the creation and use of practical effects to make something as fantastical as a werewolf metamorphosis feel so real. And this is no quick change either. We really get to watch and agonize over the body horror David is experiencing on the floor of his new girlfriend’s London flat. If there’s only one werewolf movie you ever see, make it the best of the werewolf movies. (Mary Beth McAndrews)

Now that the full moon has passed, why not move on to more 31 Days of Horror Lists?