Coming-of-age horror movies find an entertaining way to say what we’re all thinking: growing up can be hellish.
By Valerie Ettenhofer · Published on October 4th, 2019

Coming-of-age: we’ve all done it. Whether the phrase calls to mind the literal blood, sweat, and tears of puberty or the more nebulous but equally uncomfortable awakening to the complexities of the adult world (which can happen at any age), there’s plenty of inherent horror involved in growing up. Socially reinforced fears — of the adult body, the adult world, and more – -are typically front and center in coming-of-age horror films, which often re-imagine our shared anxieties as monsters and killers. When done well, the resulting films are classics, mash-ups of genuine scares and earnest emotion, all involving characters who seek a better understanding of themselves and their place in the big, bad world.

Read on for the Boo Crew’s choices for the 10 best coming-of-age horror films — each one voted on by Chris Coffel, Kieran Fisher, Brad Gullickson, Rob Hunter, Meg Shields, Anna Swanson, Jacob Trussell, and myself — for this year’s 31 days of horror lists. Surprise theatrical hit The Craft has all the essential trappings of a cult classic. It’s got an outsider narrative, characters with a distinct, Halloween-costume-friendly style, and the wry humor and magic-as-adolescence drama that’s typically rare outside of classic episodes of Buffy the Vampire Slayer. Robin Tunney stars as Sarah, a new girl who falls into step with a local coven of outcasts. The movie is lovable not just for its aesthetic — 90s witchy is in right now — but also for the teen issues it addresses head-on. Rochelle (Rachel True) is bullied by anti-Black classmates, Bonnie (Neve Campbell) has low self-esteem after an accident left her physically scarred, and eventual villain Nancy (Fairuza Balk, who should be in everything) is poor and comes from an unstable household. There are also subplots about suicide, slut-shaming, and rape, but it’s less after-school special and more authentic teen experiences. The Craft is a narrative about the disempowered seeking justice, and although it quickly veers into be-careful-what-you-wish-for territory, you’ll still have the urge to sit down with even the most villainous girls and tell them they’re not alone. (Valerie Ettenhofer) A bomb falls from the sky and refuses to yield its explosion. Man’s device sits at the center of an orphanage where children pretend that their parents could return from the Spanish Civil War at any given moment. Like the unruptured bomb, news of their demise hangs over every proceeding and from that dread walks the ghost of a little boy. The Devil’s Backbone is a haunting tale of youth, where every second could shatter in pain, misery, and despair. The children believe in a better life but are forced to learn that such existence must be attained for oneself. No one will help you in this world, and those that try will only leave you in the end anyway. If you want to get busy living, you must make the first step. (Brad Gullickson) 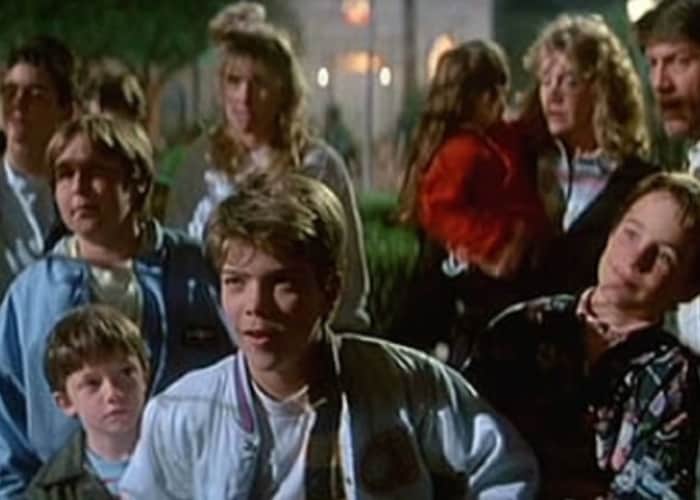 The Universal Monsters meets The Goonies in this superb horror-comedy from Fred Dekker, which pits a group of adolescents against Dracula, The Wolf Man, The Mummy, and Gill-Man. Frankenstein’s Monster helps the children in the fight against their evil counterparts, as they try to stop the stop Dracula from obtaining an amulet that he could use to bring about the end of days. Wolfman gets kicked in the nards, Dracula calls a three-year-old girl a “little bitch,” and a group of brats saves the world against impossible odds. What’s not to love? Monster Squad is a special movie, and while it doesn’t contain heavy existential themes like other coming-of-age tales, it’s one of the most entertaining movies you’re ever likely to see. (Kieran Fisher) Coming of age films don’t typically come in the form of slashers, but Wes Craven‘s Scream (1996) sets its lead protagonist as more than just a stereotypical “good girl” destined to survive to the end. She’s coming to grips with her mother’s death, rumors affecting how she’s seen by others, her own sexuality, and more. She’s moving from high-schooler to young woman, and it’s a journey marked by discovered truths and dead bodies. (Rob Hunter) Guillermo del Toro’s masterpiece tells the story of a young girl who meets a faun and encounters monsters, but the supernatural and fantastical elements are symbolic of something much more universally human. Set during the Spanish Civil War, Pan’s Labyrinth is a story about how conflict forces children to come to terms with the world’s dangers long before they should, and it makes for one of the most moving cinematic experiences of the 21st century. Like all great fairy tales, Pan’s Labyrinth uses the power of imagination to explore ideas and fears that aren’t really removed from reality at all, and that’s where the film’s real magic lies. (Kieran Fisher)