This guest essay is part of our Decade Rewind. Keep up as we look back at the best, worst, and otherwise interesting movies and shows of the 2010s.

The 2010s have shown just how flexible animation can be when it comes to powerful storytelling, stunning visuals, and pure catharsis. As the decade comes to a close, we’ve selected the best-animated series of the decade and what makes them stand out. This list was conducted by three people who love the medium of animation, but with only 25 picks, we each had to leave a few of our personal top choices off as we debated the ranking amongst ourselves, so don’t feel agitated if any of your own favorites are not on the list because there’s a chance at least one us would agree with you. This Netflix series created by Guillermo del Toro features surprisingly good animation and action choreography. Trollhunters combines an anime premise, the lively cartoon comedy of DreamWorks, and del Toro’s penchant for mixing up the darkest and least kid-friendly concepts in fairy tales. It’s arguably the best children’s program since Avatar: The Last Airbender. The series follows ordinary high school student Jim Lake, who finds himself “the chosen one” of a secret underground realm of magical creatures, impressively tackling mature themes and standing out for its unwillingness to compromise serious storytelling for a younger audience. Trollhunters feels like a genuine collaboration between its many creative leads and ranks among Netflix’s best originals, animated or otherwise. (Hans Qu) 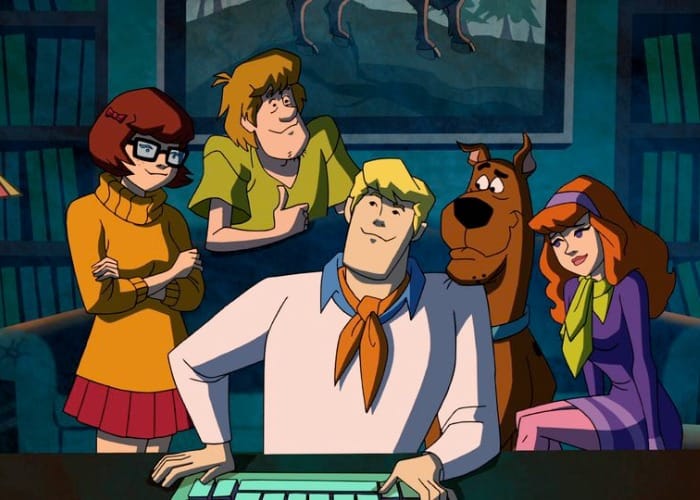 How do you find ways to reinvent a classic franchise that recently celebrated its 50th anniversary? Well, Scooby-Doo! Mystery Incorporated doesn’t quite solve that dilemma, but it does answer the question by taking the iconic series back to its roots. Serving as a love letter to the horror genre, the show takes us back to the earlier days of the gang as they solve an overarching mystery in their hometown of Crystal Cove over the span of two seasons. With numerous references to previous incarnations of the team, guest appearances from other Hanna-Barbera characters, and inspiration from such iconic series as Twin Peaks, there is something to appreciate for both young and old audiences. (Carl Broughton) Living up to the legacy of Avatar: The Last Airbender (one of the best-animated series from the previous decade with a vocal fanbase) is no easy feat. But by centering the show on a new protagonist who must live up to the legacy of her predecessor, the audience can understand the pressures of what it is like to live up to the expectations of a society that demands greatness from you. Like its main character, The Legend of Korra had a lot of uneven steps, but by Season 3 it found its footing with powerful character growth, gorgeous fight cinematography, and commentary on mental health. (Carl Broughton) Star vs. the Forces of Evil at first seemed like a series that could only appeal to children. The first few episodes were one-off in nature, the characters were bright and hyperactive, and there were lots of gags that could be considered hit or miss. But it was only setting the building blocks for characters who would go through commendable growth and trials over the course of four seasons. These characters, villains included, are what make the series so exciting and one of the most-watched cartoons this decade (its premiere broke the viewership record on Disney XD). Of course, having the main character be a doe-eyed princess who uses the power of rainbows to kick all kinds of butt also helps. (Carl Broughton) Teen Titans Go! has faced backlash simply because it’s the spinoff to one of the most beloved superhero animation series of last decade, Teen Titans. To be fair, it is easy to see why fans are mad, Teen Titans ended with a lot of potential and unanswered questions that left many wanting another season, not a spinoff. Teen Titans Go! only made things worse amongst longtime fans due to its simpler kiddy character designs, reliance on jokes, and shorter runtime of 11 minutes. But for the people who gave the series a chance, they were highly rewarded for as the series continued through the seasons, one thing became clear: Teen Titans Go! is awesome. Everything you love about the original Teen Titans is present in Teen Titans Go!, but the series is able to reach further heights due to it being a spinoff not worried about continuity. Allowing for much stronger one-off episodes, humorous commentary on the superhero genre, and frankly, action scenes that are on par if not better than the show it was based off. Teen Titans Go! is another example of how looks can be deceiving, and by giving the series a chance, older audiences can find joy in the references and life lessons — no, seriously, there is an episode about equity and long term investments that should be mandatory in school. (Carl Broughton)