For the best possible experience, copy-paste the text of this article into a text-to-speech, and increase the app speed by five percent every time it says the word “bee.”

There’s no way to talk about movie memes without recognizing Bee Movie. Jerry Seinfeld’s DreamWorks Animation feature starring himself as the voice of an anatomically incorrect Hymenoptera is an iconic presence in the meme world. But how did we get here? How did this bee-zarre movie with a subpar critical and box office reception become such a tremendous pillar within the internet hive-mind?

Those, my friends, are the questions I aim to answer today. I hope we will all survive this journey into the deepest, darkest corners of the internet, although I cannot promise we will all emerge unscathed. 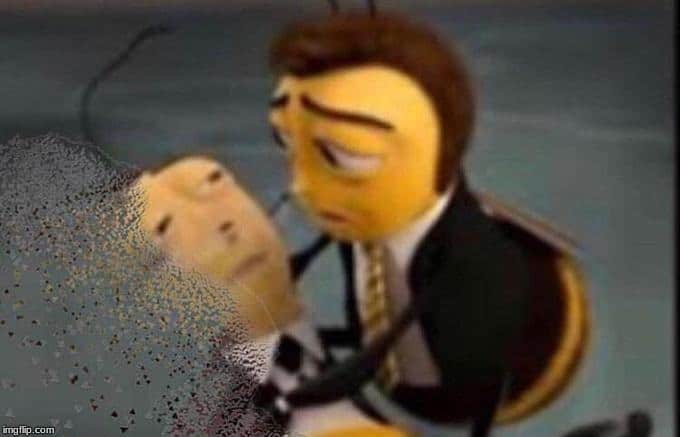 Bee Movie was released in 2007 and was Seinfeld’s first major project after the ending of his eponymous sitcom about nothing. The film is undeniably strange, having been marketed as a kids’ movie, like pretty much all animation in the early 2000s, and yet it features a distinctly Seinfeld brand of comedy that seems just a little too grown-up to appeal to children. You can’t even defend it as educational, because all the bees have four legs instead of six, and several of the bee characters identify as male, despite the fact that all worker bees are biologically female. Bee Movie, for its part, came and went, and was quickly forgotten as the studio moved on and, the following year, released Kung Fu Panda, a far superior film that kick-started the DreamWorks Renaissance.

To briefly summarize the plot, Bee Movie is about a bee that gets fed up with capitalism (?) leaves the hive, meets and falls in love with a human woman (??) who leaves her human boyfriend to hook up with the bee in question (???). The two proceed to sue the entire human race. And win (????) 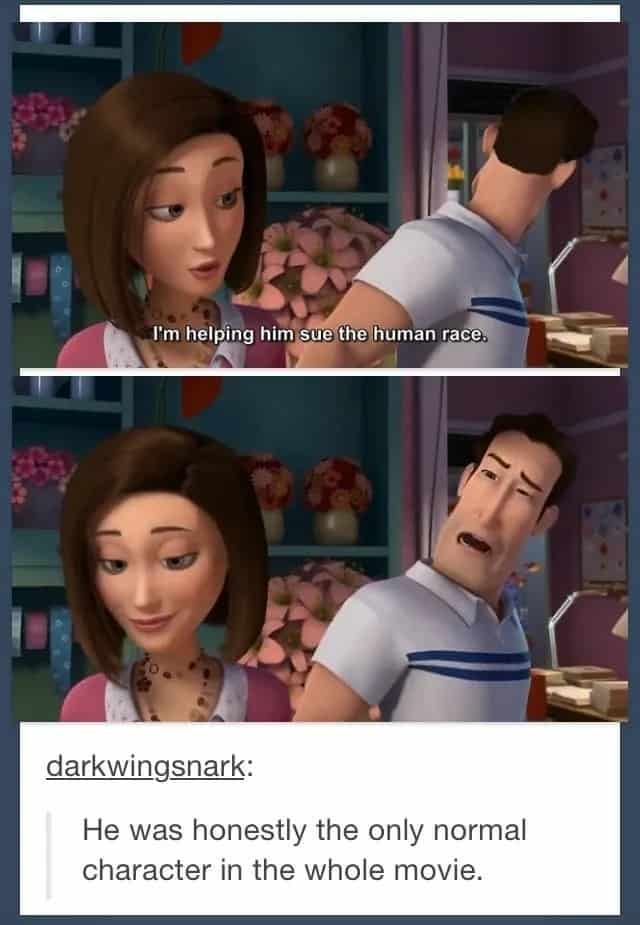 The film is deeply, deeply weird, but in being so, it manages to capture a sort of dadaist energy that is a crucial part of memes. This perhaps explains why the two things go together so well. Bee Movie is so weird that it forces the memes to get even weirder to stand out. The movie was destined to remain barely in the cultural memory, gathering dust on closed Blockbuster shelves. But in 2011, Tumblr began using Bee Movie as remix material. Starting with the film’s opening line, the internet took to the carcass of Bee Movie like bees on honey, picking apart the pieces and remixing them in strange ways. At this point, Bee Movie memes were still a relatively internet-exclusive thing. While those plugged into the conversation could tell you all about Bee Movie memes, you’d be hard-pressed to meet someone on the street who knew about them the way the public was aware of massively popular memes of the day, such as Grumpy Cat.

Note that at this point in the conversation, a good part of the memery surrounding Bee Movie had to do with pointing out the weirdness inherent in the movie. The collective consciousness was still processing that this movie had, in fact, somehow happened. Bee Movie made two major steps to internet infamy in 2013. The first was the discovery of “The birds and the bees,” a very short and probably ironic but still extremely NSFW piece of Bee Movie fanfiction that I read so you don’t have to. It reminded those brave individuals who survived the experience that this is a movie where a human woman leaves her human boyfriend to date a bee. And that is objectively strange. From here, Bee Movie memes started to get really sexual. For the sake of our younger readers, I’ll just leave it at this:

The second was the proliferation of the Bee Movie script as a weapon on social media platforms. By copying and pasting the script in its entirety onto someone else’s Facebook wall, one could annoy and harass friends and enemies alike, because a text post the length of a full screenplay was a little too much for the phones of 2013 to handle without crashing.

In 2016, Bee Movie memes exploded onto the mainstream with the video “The bee movie but every time they say bee it gets faster.”

With a YouTube presence and the viral visibility gained from such, Bee Movie became ingrained in the cultural consciousness. Curious internet users who had no idea what the deal was with Bee Movie uncovered the years-old treasure horde of bizarre memes. Buzzfeed covered it. The video editing gag — “X except every time Y then Z” — also took off, inspiring similar types of videos with other subject matter, including this 11-hour one by the PBS Ideas Channel explaining the entire phenomenon in early 2017.

And that’s how we ended up where we are today. Bee Movie memes range the gamut. Some are wildly sexual, some are self-aware, and some aren’t even that funny, but every single one of them is unbelievably weird. But they are not weird in a void. Rather, they are an escalation of weird; weirdness built upon weirdness, steps on the road to a greater singularity of weird. Gazing upon Bee Movie memes is like being just outside the event horizon of a weirdness black hole. 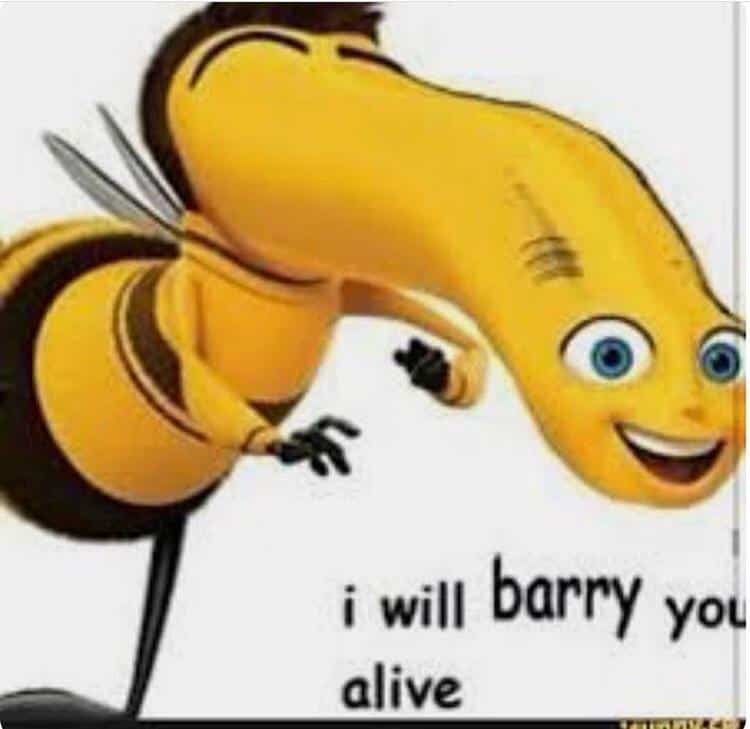 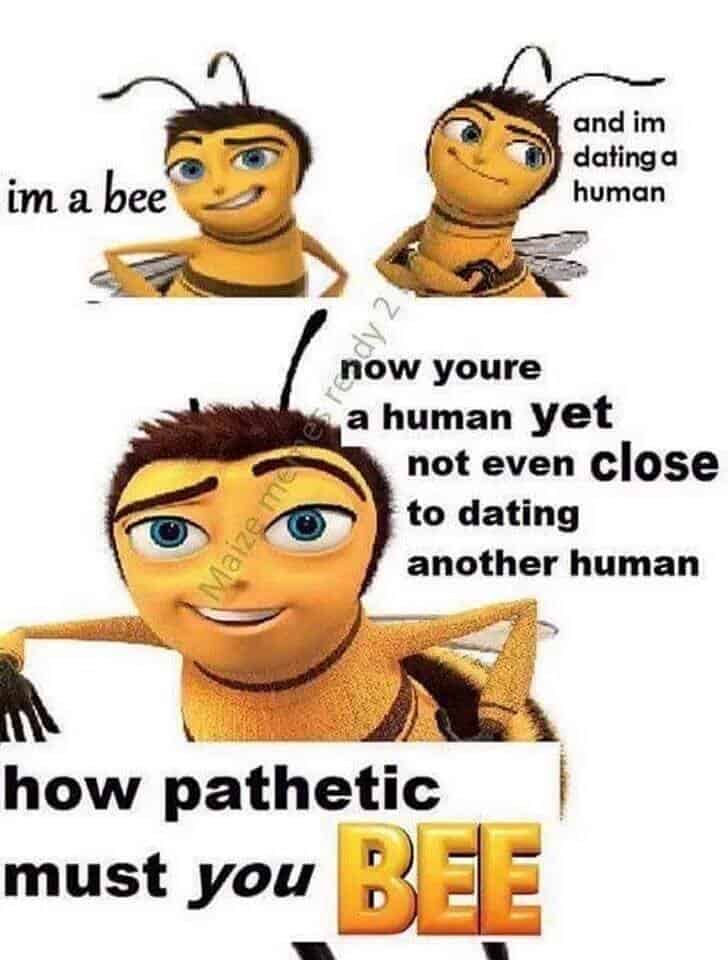 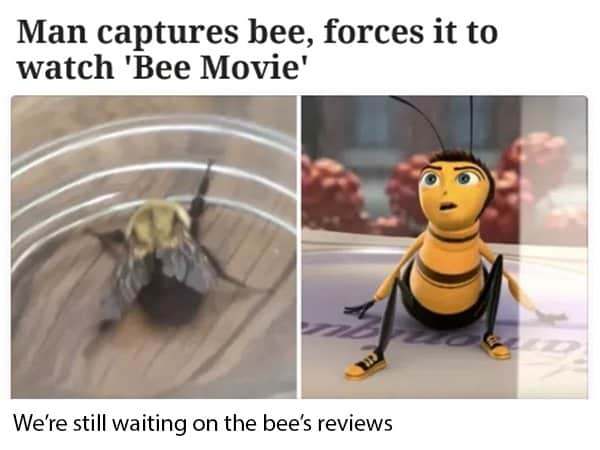 Memes gave Bee Movie a new lease on life. In 2016, Jerry Seinfeld himself asked the public via Twitter if there was any interest in a Bee Movie sequel. He later clarified that he had no intention to do such a film, stating that a sequel would “make Bee Movie 1 less iconic.” While it’s still up in the air as to whether he’s aware exactly what “iconic” means in this context, it’s worth noting that nobody would ever have brought it up if it weren’t for the memes.

Bee Movie may be more meme than movie now, and that’s kind of beautiful. Or gross. Depending on how you feel about the memes. In the disorienting aftermath of this internet tidal wave, I think we’ve all learned something about the internet and its terrifying power from this surreal little animated movie. Maybe not anything of any educational value, but… something.