American Horror Story’s First Season Will Always Be Its Best

As new seasons continue to get worse, they make us realize just how lucky we were to get the first season of ‘American Horror Story’.
By Emily Kubincanek · Published on October 9th, 2018

FX’s American Horror Story is currently airing its eighth season and it doesn’t seem to be ending any time soon. After years of using the same cast, but trying on new stories each season, the show has chosen to bring back past characters for the second time. Audiences have always had a love for the characters of the first three seasons and creators are certainly trying to feed that desire. They’ll never be able to fully satisfy their audiences by bringing old characters back into a new plot because what audiences really want is the satisfaction they had watching the first season of American Horror Story. It’ll always be the best season because it was the only time the creators weren’t focused on one-upping what came before.

The first season of American Horror Story, which is now referred to as Murder House, plays upon multiple horror movie tropes. The less-than-perfect Harmon family buys a gorgeous LA home despite being warned of its murderous past. Ben Harmon (Dylan McDermott), the cheating patriarch, tries his best to make right with his wife Vivien (Connie Britton) and teenage daughter Violet (Taissa Farmiga) by working as a psychiatrist out of their home to spend more time with the family. Soon, the Harmons meet a cast of interesting characters all enamored with their house, some alive and some dead. 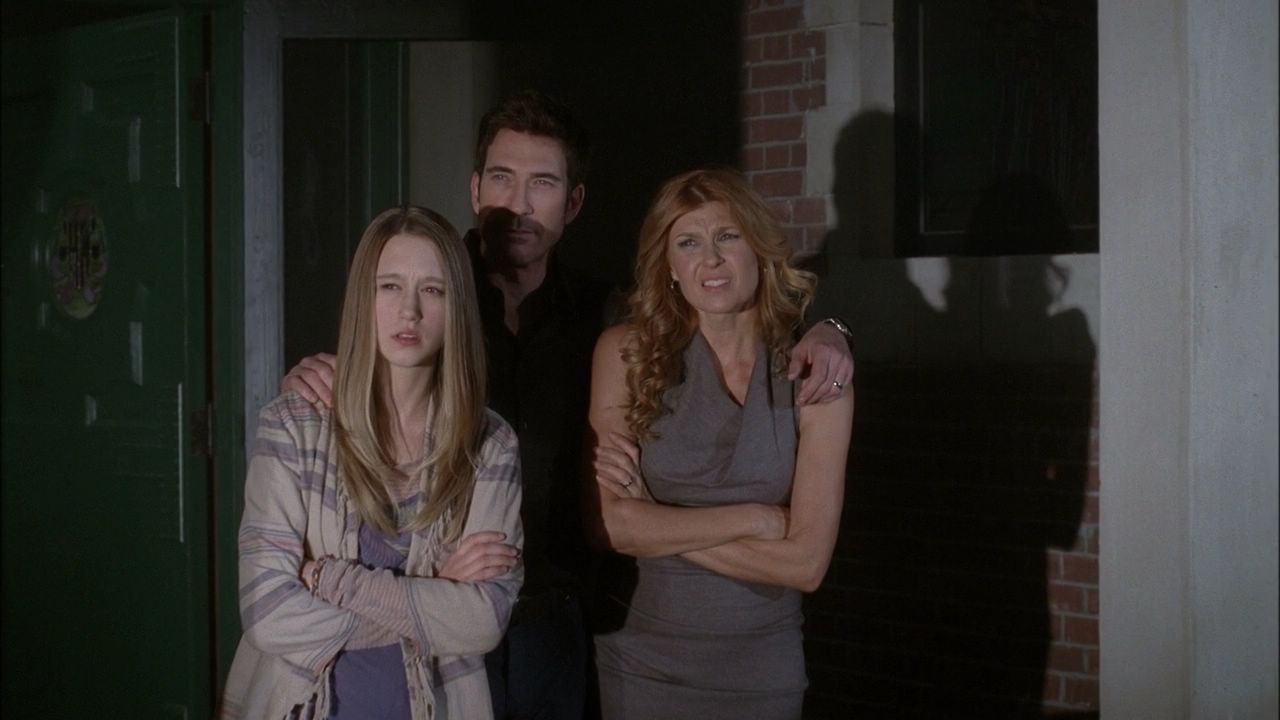 Murder House takes tropes like a family moving into a haunted house and creates phenomenal drama from it. It also took from famous crimes and bred new characters from them, making the house an entity of mythology and murder. Each episode began with a new murder that happened in the house since it was built. The Black Dahlia visits the Murder House before being found dismembered and becoming one of the city’s most infamous unsolved cases. A Richard Speck-like intruder murders a group of nurses staying in the house. Tate Langdon (Evan Peters), a prominent character throughout the season, was based on the shooters of the Columbine Massacre. All these murders are infamous in our minds and make for great appearances on the show, but creators take that further and create drama from those crimes. Elizabeth Short comes to visit Dr. Harmon just when his family no longer trusts him again. The nurse murders inspire other killers to come and invade the house in honor of the Speck character, putting Violet and Vivien in danger. The first season doesn’t just bring real crimes into the show for gimmick’s sake, it actually incorporates them into the plot by fleshing out the real characters we are fascinated with. 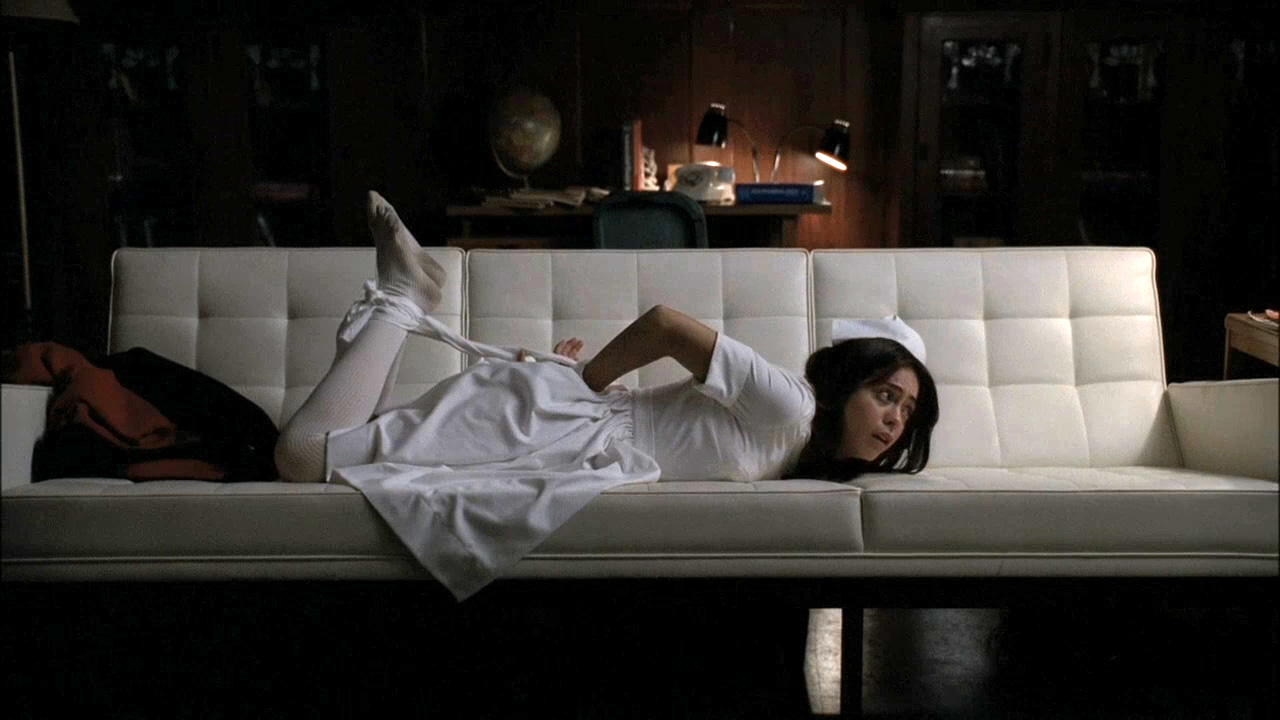 The centralized location of the haunted house allowed the first season to explore a multitude of stories while still remaining connected and relevant. The stories span over nearly a century, from the 1920s to the present day when the show premiered in 2011. Characters from each story that’s explored always come back to mess with the Harmons, which makes everything build to their demise. The storylines of the Harmons are never lost for long, unlike some other seasons. The house allows for deviation from the Harmons but since the tales exhibit the hold the house has, they never seem like distractions.

It’s the best central theme for any season because it’s coherent without being limited. The season took on multiple supernatural angles. Ghosts are involved. Demonic babies are produced. While these supernatural angles have a huge part of the plot, they are given their power by character actions. In other seasons, any supernatural element is the driving force of the plot, not the characters’ actions. It’s Ben’s mistakes that breed the drama between the family and lends them vulnerable to the house’s forces. His and the rest of the family’s actions Murder House doesn’t simply rely on the ghosts angle as the source of its scares either. There are terrifying killer strangers that reap as much havoc as any of the ghosts that haunt the house. Ben’s past brings catastrophic consequences in the form of a scorned woman. The ghosts aren’t all powerful warlocks/demons either. They have their own wants and needs that aren’t just unlimited power. That is really an uninteresting motivation. Even the supernatural characters are real people with real wants and needs, which makes them all the more frightening that they resemble typical people. 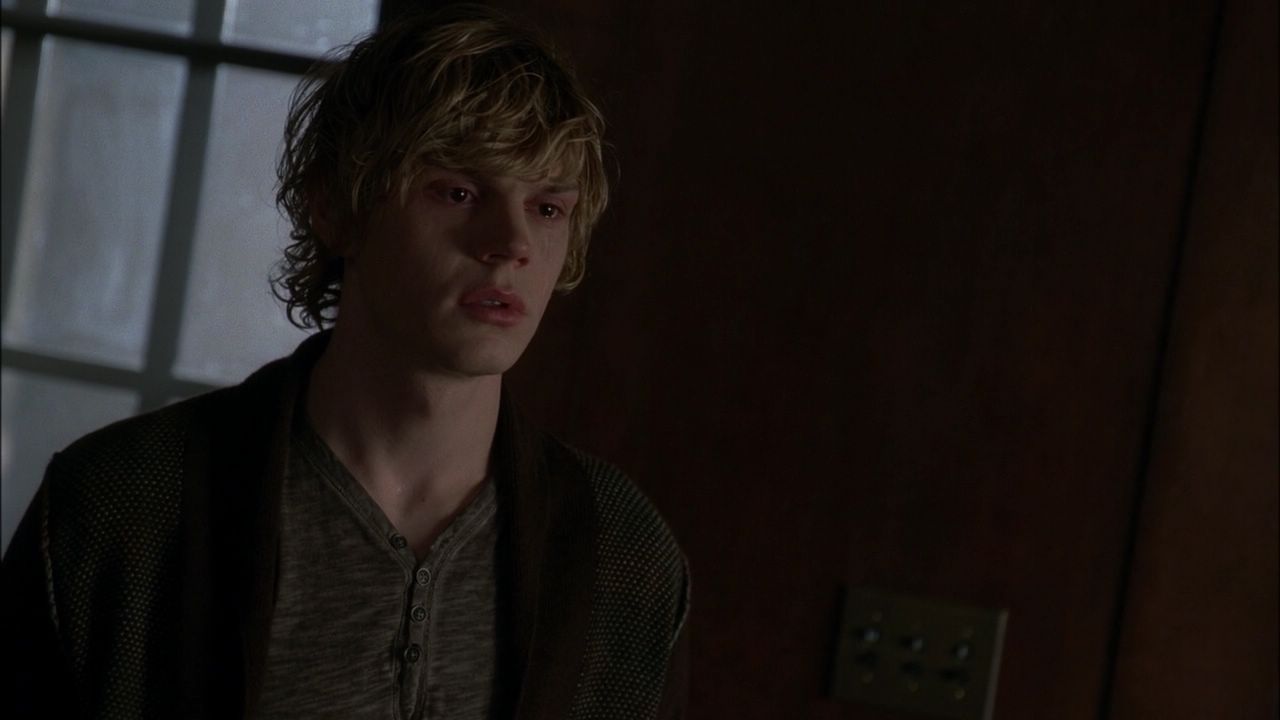 This is the one season that every single episode builds up to the ending of the season. It is suspenseful, but not surprising, which is a huge difference. Suspenseful writing, think classic Hitchcock, always plants the seeds of the ending throughout the story. Each plot point is moving us to a definite ending, even if we don’t know what they ending is until the end. Once you know the end result, you can see everything that led to that ending. Surprise writing is pulling things out of a hat and ending on a whim for the sake of evading predictions. So many of the endings in AHS seasons have come out of the blue, surprising the audience, but disappointing them as well. The elements of that apocalyptic ending to the first season is hinted at from episode one. We knew that Vivien had a miscarriage and had a history of pregnancy problems. The ghosts of the house have evil abilities. Vivien is raped in the first episode. All of that plays into the ending and makes Vivien’s hellish child not surprising to the audience. Especially in a show centered around horror, we don’t want jump scare kind of plot movement, we want the rising tension of inevitable horrific ending.

This season also had the perfect balance of humor and horror, especially compared to subsequent seasons. There are plenty of funny characters in Murder House. The real estate agent is comical in her attempts to sell this unlucky house. Chad and Patrick are a funny, bickering gay couple that adds some relief to the seriousness of the show. Constance Langdon has the ability to be sassy, funny, snarky, and depressed at any given moment of the show. The sparsity of humor in the first season makes those moments poignant and appreciated by the audience. Seasons that followed the first dealt a heavy hand of humor, which isn’t the feel of the first season or even the second season of the show. Horror and humor can go well together, but if the point of the show is to scare the audience, then that should be where the focus lies. The first season does that perfectly. Many people consider the first two season of American Horror Story to be the best because they’re undoubtedly the scariest, not the funniest.

In its eighth season, the main pull for audiences to keep watching the show, even though season after season has disappointed longtime fans, is that characters from the first and third season will be returning. This is a last-ditch effort to capitalize on the great writing of the first season to make up for the catastrophic disappointment that followed. While many people may tune in, it’s not because they want to see Tate Langdon or Violet Harmon in a post-apocalyptic world. They want the satisfaction they felt watching Violet and Tate in their original story. They want the great characters that graced the first season. Ultimately, this will just draw attention to the fact that the new characters are flimsy and uninteresting. What audiences really want is the forethought and dedication to the writing of a new season that was put into the first season.