Right off the top: what the heck is a giallo?

Understanding the history of the word is helpful. Giallo means yellow in Italian. This is why if you type “giallo” into google image search you’ll be greeted by a sea of color swatches. The crime novels from fascist-era Italy had yellow covers, and in the 60s, as films began to take inspiration from their pulpy counterparts, the moniker stuck.

In terms of genre, gialli run a diverse gambit of horror, drama, mystery, and thriller. But what sets them apart as a sub-genre are a slew of specific elements that form a stylish European murder mystery: candy-red gore, bad dubbing, black leather gloves, robes, knives, and POVs. And that’s only to name a few. There are so many giallo staples, standards, and directorial signatures  that they can be hard to keep track of (luckily, there are more than a couple sites that do just that).

The hard truth is that to know a giallo, you gotta watch some gialli. But where to start? Well, we have some suggestions. Keep reading for a look at the top ten giallo films for beginners as voted on by Chris Coffel, Kieran Fisher, Brad Gullickson, Rob Hunter, Jacob Trussell, and myself. 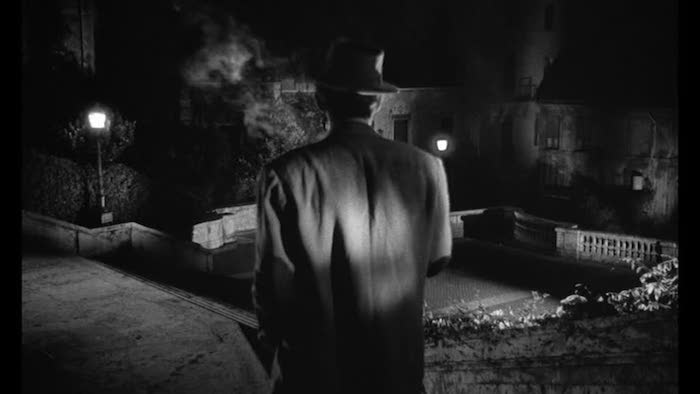 If you’re going to dip into giallo, you gotta start with The Girl Who Knew Too Much simply because it’s considered the first one. Mario Bava was on the verge of removing himself from the film business when he was struck with inspiration. An obsession for pulp magazines had taken root, and after American International Pictures pitched him on the ludicrous screenplay, Bava saw the film as his opportunity to expand on this passion.

While on vacation in Rome, Letícia Román is knocked on the head and mugged on the streets. As she returns to consciousness, she witnesses a bearded man removing his knife from the back of a dead woman. She attempts to report the crime to the police, but a body never appears, and they dismiss her testimony as a delusion. The nightmare unravels from there.

The Girl Who Knew Too Much is a convoluted mess of a movie but survives on the stylistic enthusiasm of Bava, and yeah, that’s certainly part of the film’s legacy. In the battle between mood vs. plot, for gialli, mood wins every time. Bask in the vibe, don’t worry about connecting the dots. — Brad Gullickson Stressing the more emotional aspects of deception and violence, Lizard in a Woman’s Skin is, somehow, among the trippiest entries on this list. Already beset with disturbing, claustrophobic, super gay dreams of vivisected dogs, stalkers, and pipe organs, Carol finds herself a suspect in the murder of the care-free Julia. And thus unspools a phantasmagoric vision of the dangers awaiting hidden, unspoken vice. And what could be more gialli than that?

Leather-gloved, knife-wielding killer? Check. All-girls school? Check. Endearingly garish ’70s aesthetic? — big check. Throw in Ennio Morricone, some inept law enforcement, and a plot so tight you could bounce a penny off it and you’ve got yourself a giallo film. What Have You Done to Solange? follows popular and thoroughly compromised gym teacher Enrico (Fabio Testi), who accidentally becomes the primary suspect in a string of murders targeting girls at his school.

With the schoolgirls all murdered in the same gruesome manner, it’s up to Enrico to clear his name by finding the real killer. Perhaps, more than any giallo, Solange can make for a genuinely skin-crawling watch. Teenage girls are sexualized, the murders are too-specific, and the moral compass is flexible. That said, Solange is also one of the most well-executed, intriguingly plotted, and hauntingly scored entries in the genre. Engaging, twist-heavy, and rife with complexity What Have You Done to Solange? is a gauzy, sordid, and essential watch. — Meg Shields

The Italian “Godfather of Gore” Lucio Fulci is arguably best remembered for his splatter films, but he was a versatile storyteller who mastered several genres, including giallo. Movies like A Lizard In Woman’s Skin and Murder Rock are overlooked gems in his filmography, but Don’t Torture a Duckling is a crowning achievement that proved his giallo efforts could hang out with the heavyweights.

In this one, an assailant is killing young boys in a rural superstitious town and everyone is a suspect. But what else do you expect in a town where the populace includes priests, junkies, and opportunistic crime reporters, all of whom have more than their fair share of skeletons in their closet. What ensues is a genuinely engaging and often unsettling murder mystery that’s punctuated by a couple of standout scenes of shocking violence that leave a lasting impression.

By no means is Don’t Torture a Duckling a movie for the faint of heart or easily squeamish (there are two really fucked up scenes). However, it’s a straightforward and compelling mystery that keeps you guessing while providing chills and thrills, which makes it perfect for whetting those burgeoning giallo appetites. Should you wish to dig a little bit deeper, though, the movie is actually much smarter and layered than it gets credit for. – Kieran Fisher Something that sets Dario Argento’s Tenebre apart from the genre, outside of being released post the giallo boom of the 1960s and ‘70s, is how accessible it feels. While the concept is still high, a crime novelist visiting Rome is left taunting notes by a razor blade-wielding super-fan, the core elements you look for in a gialli are not only streamlined but have a glossy, bright elegance.

Argento and cinematographer Luciano Tovoli compose masterful black-gloved POV murder set pieces that are career bests, an impeccable ensemble anchored by the ever personable John Saxon and Anthony Franciosa, and featuring perhaps Claudio Simonetti’s greatest theme. Particularly though Argento had something to say about the style that made him famous with this film, and the barbs that he throws at critics of the giallo act as the perfect primer for anyone wanting to dive into the genre. — Jacob Trussell Mario Bava‘s 1971 masterpiece walks a fine line between giallo and a slasher, and it works to bridge the two in remarkably symmetrical fashion. It showcases a style that Bava himself invented nine years earlier (the more subdued The Girl Who Knew Too Much, 1962) that would, in turn, be “borrowed” by Sean Cunningham nine years later (Friday the 13th, 1980). An unseen killer stalks and dispatches numerous visitors to an otherwise tranquil retreat, and while Bava ups the ante on gory demises the giallo-ish flourishes are on equally frequent display.

From the black gloves and twisted plot to garish color schemes and energetic camerawork, the film pulls viewers into its mystery by making the beautiful dangerous and the violence mesmerizing. By the time you reach the end, the motivation comes clear as the most basic of human drives, and it closes out on the blackest of comedic notes. Some giallo risk losing newcomers to pacing and plot contrivances, but A Bay of Blood keeps the fun and blood spilling across the screen for its entirety. — Rob Hunter

Dario Argento is a name so synonymous with the giallo sub-genre that even his films that do not belong under this umbrella are saddled with the giallo label.  While that is an unfortunate occurrence that results in movie nerds and film snobs like myself fighting on the internet, it does not take away from that fact that Argento is the director most responsible for pushing the sub-genre to the forefront of 70’s genre filmmaking.

In 1970, Argento released The Bird with the Crystal Plumage and the giallo never looked back. Argento’s debut is a masterclass in filmmaking technique and style, with the director borrowing heavily from his greatest influences, mainly Alfred Hitchcock and Mario Bava, and doing so with a confidence rarely seen from a first time director.

The film takes elements previously seen and puts them together in new packaging that offers up more flare. The Bird with the Crystal Plumage is to gialli what Halloween is to the slasher. It wasn’t the first of the sub-genre to exist, but it was the first to make the sub-genre a sub-genre. — Chris Coffel

If you’re looking to dive into the world of giallo films, but aren’t quite yet familiar with the directors that made the genre so successful, then starting with the work of Brian De Palma may very well prove to be your best bet. De Palma will never be the first name anyone associates with the sub-genre, but his work certainly shares many similar traits all while featuring a cast that is much more likely to resonate even with the most casual (American) moviegoer.

A number of De Palma films could serve as a bridge to the gialli films, but none more so than his masterpiece, Dressed to Kill. All of the characteristics and elements in your standard giallo are present in Dressed to Kill – unknown killer, black gloves, scenes of violent bloodletting, and psychological issues centered on sexuality. This combined with camerawork that is sophisticated, with a heavy focus on eyes and voyeurism, and sleek editing tied together with a haunting score from Italian composer Pino Donaggio makes for the perfect intro to giallo. — Chris Coffel Mario Bava’s The Girl Who Knew Too Much is often credited as the first giallo movie, but his masterpiece, Blood and Black Lace, provided the blueprint that shaped and defined the genre during those formative years. The story follows a fashion house full of models who are being pursued and picked off by a mystery assailant. Without this movie the giallo landscape would have been a much different beast when filmmakers like Dario Argento and Sergio Martino emerged with their own iconic contributions.

Here, Bava established the color-drenched murder-mystery template subsequent films adopted. However, few managed to reach the heights of this treat because Bava was a horror master few filmmakers have ever come close to touching. However, Blood and Black Lace isn’t an essential film for newbies because it’s the granddaddy of them all. The reason why Bava’s trendsetter is perfect for beginners is that it’s masterful filmmaking that’s high on entertainment factor and very easy to digest.

The story unfolds at a brisk pace and keeps you guessing throughout without ever descending into convolution. Plus, the stylish visuals are sex for the eyes and the kills provide the visceral thrills you want from movies featuring body counts. It should therefore come as no surprise to know that Blood and Black Lace is also considered the prototype for American slasher films, having inspired the likes of John Carpenter. If you’re a fan of slasher flicks you’ll find plenty to enjoy here. – Kieran Fisher

What Mario Bava began, Dario Argento perfected, and while the latter has better-known films (Suspiria, 1977) it’s his 1975 thriller that remains the best giallo ever made. At its most basic, the subgenre mashes mystery with slasher elements to create a whodunnit filled with violence, suspense, and characters threatened by an unseen madman, and Argento’s tale delivers a ridiculously compelling mystery offering numerous twists and violent revelations on its way to a stunner of an ending.

Some movies give you all the clues early on — Deep Red gives you the killer in the first twenty minutes. The film runs over two hours, but Argento keeps the story moving forward at a thrilling pace with engaging details, memorable kills, striking visuals, and a stellar score by Goblin. Other films may feature stronger individual elements, but newcomers (and veterans alike) can do no better than Deep Red when it comes to the complete giallo package. — Rob Hunter