The greatest output from a studio that redefined Universal Monsters for a pulp audience.
By Brad Gullickson · Published on October 10th, 2018

Founded in 1934 by William Hinds and James Carreras, Hammer Film Productions dabbled in every possible genre before hitting its stride in the 1950s with horror. Starting with The Curse of Frankenstein, Hammer films became most notable for reinterpreting stuffy classics by inserting generous amounts of blood and populating its plots with as many plunging necklines as possible. Although, as you’ll see below, we tend to appreciate the more bizarre avenues that the studio often traveled.

By the 1970s, the horror market was saturated with lookalikes, and funding for projects became tougher and tougher. After an abysmal attempt to remake Alfred Hitchcock’s The Lady Vanishes in 1979 failed, Hammer finally closed its doors. However, in 2007, a Dutch investment firm purchased the Hammer film rights, and a series of new movies bearing their label went into production. It would be easy to dismiss the modern Hammer era, but you’ll find at least one title here that surprisingly ranked rather high amongst the FSR staff.

Keep reading for a look at the 10 best Hammer horror movies as voted on by Chris Coffel, Kieran Fisher, Rob Hunter, Meg Shields, Jacob Trussell, and myself, 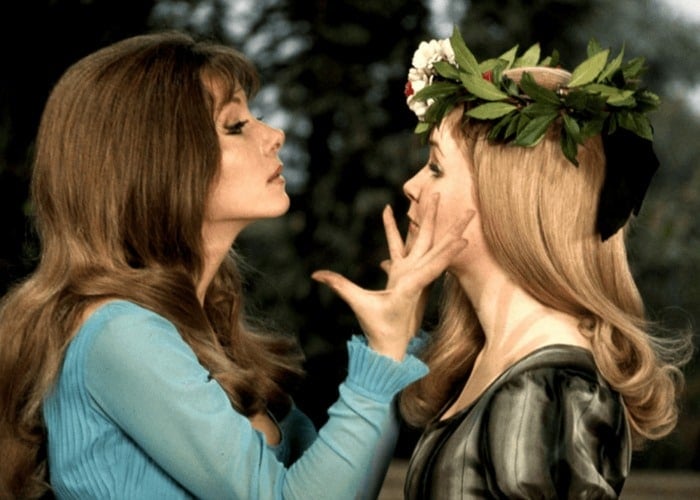 Doing what Hammer does best, producers Michael Style and Harry Fine snatched up the infamous short story “Carmilla” by Sheridan Le Fanu and upped the sex and violence. The plot is thick with characters of little consequence, most of which are lined up as a hot buffet for Ingrid Pitt to devour as the ravenous vampire-in-waiting. No one on set treats the proceedings with any kind of reverence, and the cast’s delight in scenery chewing bleeds through the screen. We’re here for the snarls and the cleavage, and The Vampire Lovers delivers. – Brad Gullickson A small village in Cornwall is hit with a strange string of deaths, the cause of which is a great mystery. Harry Spalding arrives in the village after his brother becomes the latest victim, and despite plenty of pushback from the locals, is determined to find the root of the cause. As Spalding begins to dig, he starts to slide down a slippery slope of reptilian scope. That is to say, there is a reptile-human hybrid terrorizing the town. Eep! This slithering slow burn is rich with atmosphere and features a brooding score from composer Don Banks and some truly sinister makeup work from Hammer special effects wizard Les Bowie making it the perfect film for a dark and gloomy October evening. – Chris Coffel For their first color horror film, Hammer went straight to the classics in an effort to mask their salacious desires to revel in blood and gore. While no movie could possibly match the legendary status of the original, director Terence Fisher slyly subverts comparison by embracing the pulp elements of the story. Blood, busts, and brutality wrapped in a blanket of a proper education. Peter Cushing was a well-known TV actor at the time, but The Curse of Frankenstein propelled him into leading man status. From this mad doctor spawned a hundred other credits, as well as his delicious onscreen rivalry with Christopher Lee. Their battle royales rank right up there with the Red Sox vs. Yankees, Rocky vs. Apollo, and Freddy vs. Jason. Universal Studios failed to halt the production but forced makeup effects artist Phil Leakey to redesign the creature. The result is a bloated monster; a wretched collection of body parts that fits closer to the novel’s concept than Boris Karloff’s lumbering icon. The Curse of Frankenstein radically altered the horror movie landscape and was so successful that it launched six sequels as well as several other ventures into horror classics like Dracula and The Mummy. – Brad Gullickson The horror landscape of the 70’s was almost a nail in the coffin for Hammer. Audiences were no longer interested in seeing the tame Gothic fare the studio had built its brand on until then. They wanted more blood and edge to their scary movies. Thus, Hammer’s response to the changing world was to experiment. Legend of the 7 Golden Vampires, which saw the studio team up with Hong Kong’s Shaw Brothers company, was one hell of an experiment. The film sees Van Helsing and some martial arts masters go up against Count Dracula and his undead minions to reclaim their rightful village. Lots of kung fu fighting ensues, and it’s a total blast. This period might have marked Hammer’s financial decline, but it produced some of their most creatively enjoyable flicks. – Kieran Fisher 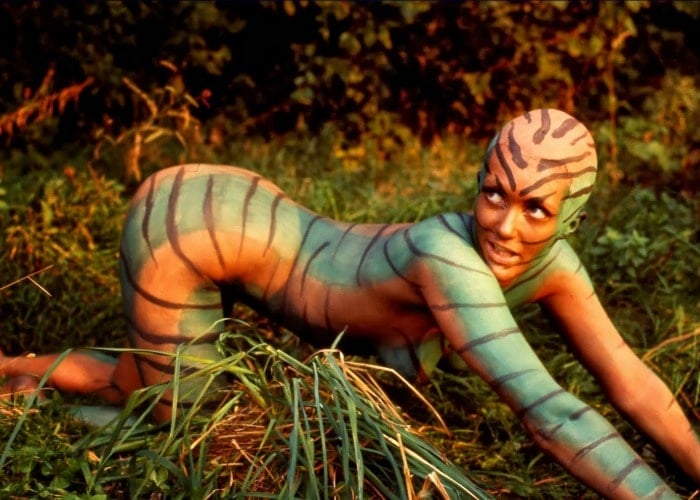 In this writer’s humble opinion, Vampire Circus is the most underrated vampire movie ever made. The story takes place amid a plague which, for the residents of a village, means they are unable to leave their habitat and explore the wider world. Fortunately, the carnival has come to town to keep them entertained. The only downside is that the carnival is a gang of vampires and they’ve come to feast on the townsfolk and resurrect their master. The film boasts an abundance of exquisite Gothic atmosphere and some gruesome blood-letting. There’s also dwarf clowns and plenty of carnival-esque strangeness that makes the film a bizarre and beautiful sight to behold. – Kieran Fisher There are, to put it delicately, a shit ton of Hammer films. But where to start? The gothic trilogy of course. And while the boldness of 1957’s Curse of Frankenstein and the atmosphere of 1959’s The Mummy are undisputed, there’s simply no beating the macabre excess of Terence Fisher’s Horror of Dracula. Boasting career-defining turns from Christopher Lee and Peter Cushing, Dracula is a sumptuous sampler plate of what Hammer did best. There’s script-elevating performances, distant castles, garish goblets, and colours as vibrant as comic book panels. Like any vampire flick worth its salt, Dracula expertly intermingles death and fantasy into something that, sixty years later, is equal parts goofy and iconic. Lee’s performance popularized seduction as a fundamental part of vampiric menace. Dracula was no longer just an undead stuffy aristocrat — he was an undead stuffy aristocrat who fucks. All told: Dracula is not only required viewing within the Hammer canon, it’s a fundamental pillar of horror history. – Meg Shields One of the many virtues of The Devil Rides Out is that it wastes absolutely no time getting to the good stuff: i.e., satanism, baby! The suspiciously occult-savvy Duc de Richelieu (Christopher Lee) and his dumb, if courageous pal Rex are having a friendly reunion. But they are one member short: Simon is missing. They find him at his house along with some very obvious black magic shenanigans. Thus begins a 24-hour quest to save Simon and the demure Tanith from the clutches of the cult’s mesmerizing leader Mocata (Charles Grey). The Devil Rides Out keeps things moving and features some delightful Hammer mainstays (not one but several lavish mansions!), in addition to a fair share of occult classics (robes! goats! sacrifice!). It’s a charming, round-edged piece of satanic panic history — and it’s pretty gnarly of Hammer to let the dark lord himself make an appearance! – Meg Shields 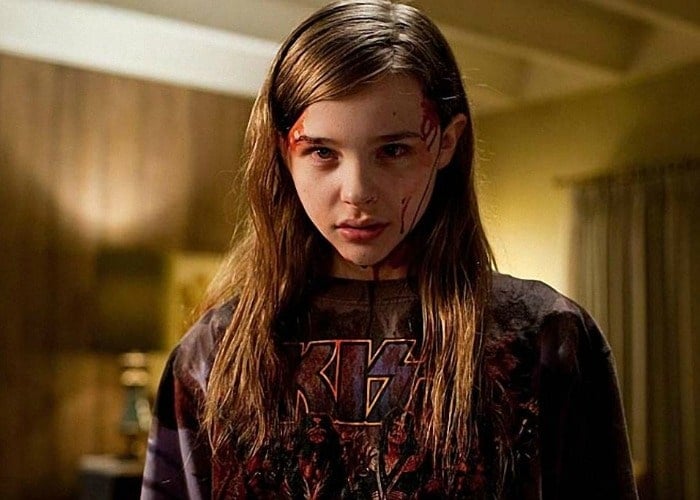 Matt Reeves’ remake of the Swedish film Let The Right One In is a film teetering between restraint and explosive violence. Yet even when there is violence, it’s constrained, like a single hypnotic shot of a car crash as you roll with the characters. But this restraint is most concentrated in Abby (Chloe Grace Moretz), stricken with a condition that drags her from the humanity she craves. But is it hope she finds in Owen (Kodi Smit-McPhee), or just another kindred life she solemnly passes through? While this remake may lack some of the rawness that made the original so special, don’t let the budgetary slickness of this film fool you. It’s still quiet and heartbreaking, full of emotionally detonating performances. If Let Me In proves anything, it’s that Hammer has still got it. – Jacob Trussell Are the “twins” of the title a sly reference to the seductive nature of the film’s multiple shots of heaving bosoms? Probably, but we also get a pair of actual twins — Playboy Playmates at that — who help bring this terrifically fun tale of vampires, religious violence, and a puritanical Peter Cushing to life. Legendary director John Hough (The Legend of Hell House, 1973) has a gleeful time blending traditional Hammer horrors with lusty shenanigans, and he delivers some solid thrills and strongly entertaining set-pieces along the way. (I bet you thought I’d use the phrase “titular twins” at some point, but I’m far too clas– goddammit.) – Rob Hunter When you ask people to name a Hammer vampire movie the name Dracula pops up so frequently you’d think you’re playing a game of undead wack-a-mole. The studio made a lot of Dracula movies, and even their non-Dracula titles typically carried over very familiar stories, looks, and characters. Captain Kronos stands apart from the crowd, though, by focusing on the hero instead. He’s basically an ass-kicking Van Helsing (you’re welcome Stephen Sommers) who mixes action, horror, and Caroline Munro with incredibly fun results. Even the vampire specifics are shaken up a bit resulting in a movie that in a more just world would have spawned a franchise. – Rob Hunter