History is littered with stories about people eating human flesh. Whether it’s tales of uncivilized islanders eating their own as a daily custom, or tales of people being forced to eat others in order to survive, humankind has shown time and time again that it’s willing to devour its own. Horror movies have responded accordingly. Granted, movies have a tendency to sensationalize cannibalism, but the good ones are effective because the horror on display is possible in the real world. Your next door neighbour could be a flesh-eating deplorable, as could your best friend, or your next Tinder date. Maybe you — yes you, dear reader — are a cannibal. I’m not here to judge.

For horror filmmakers looking to shock audiences, cannibal movies have been quite helpful on the road to notoriety. Back in the 80’s, Italian director Ruggero Deodato was summoned to court to prove that Cannibal Holocaust wasn’t a snuff film. But this is just the tip of the iceberg of controversy pertaining to cannibal flicks. Throw in real animal killing, unabashed racism, and all-around distasteful content and you can see why they’re not for everyone.

Of course, not every cannibal flick is played for shocks by exploitation hucksters. Like all horror sub-genres, this one also contains a fair variety of films. Some are just a lot of fun, while others contain deeper messages to decipher beyond wondering if you’d ever eat someone under any circumstances. Cannibalism makes us hungry, sure, but it can also make us thoughtful.

Anyway, you all came here for movie recommendations or for an excuse to moan at us on Twitter. We won’t disappoint you. Without further ado, read on for 10 of the best cannibal movies chosen by Meg Shields, Rob Hunter, Brad Gullickson, Chris Coffel, Jacob Trussell, and myself. We guarantee you that this selection makes for a tasty feast that will satiate your blood-thirsty appetites. Tim Burton is the epitome of a mixed-bag director, but one of his best films — and his last great film — is this period musical horror film about revenge, baked goods, and cannibalism. It stands apart from most cannibal movies for several reasons, but the most relevant is that the consumption of human flesh here is done unknowingly. Men and women are being fed to women and men, and while those doing the consuming are unaware they sure do appear to enjoy the people pies a bit too much. The cannibalism here is a tool of revenge and convenience, but its intentions don’t lower its effect on your own appetite. It’s only fitting then that this horror is paired with an exceedingly grim tale of vengeance in which no one is spared. – Rob Hunter In America’s desperate attempt to plant a flag on every hill in the land, its people often found themselves in unwanted territories. Declaring “Mine!” doesn’t make it a reality. Carving up the land and erecting white picket fences doesn’t make it home. You’re an outsider, and you’ve just put your first foot on the frying pan. Bone Tomahawk is a mean, masochistic little picture. Having waded into the deep end, a shark swims in for a snack. Sheriff Kurt Russell thinks he has enough will and grit to battle back the original ravenous landowners, but his odyssey to rescue the snackable Lilli Simmons from the jaws of a cannibal clan will prove more difficult than his condescending righteousness. – Brad Gullickson How do you follow up one of the scariest movies of all time? By switching gears and dropping the gritty and raw horror for some outlandish horror comedy. At least that’s what Tobe Hooper did when he took us on another visit to see our favorite Texas family, and it worked out pretty well too. Leatherface and the gang are still cannibals but with the addition of Bill Moseley’s Chop-Top they also like to chew up scenes. Did I mention that Dennis Hopper plays a Texas Marshall hunting the family down? Because that’s also a thing that happens. And the film’s heroine, played by Caroline Williams, spends the entire final act doing her best impression of Jackie from Jaws 2. It’s a pretty great film. – Chris Coffel 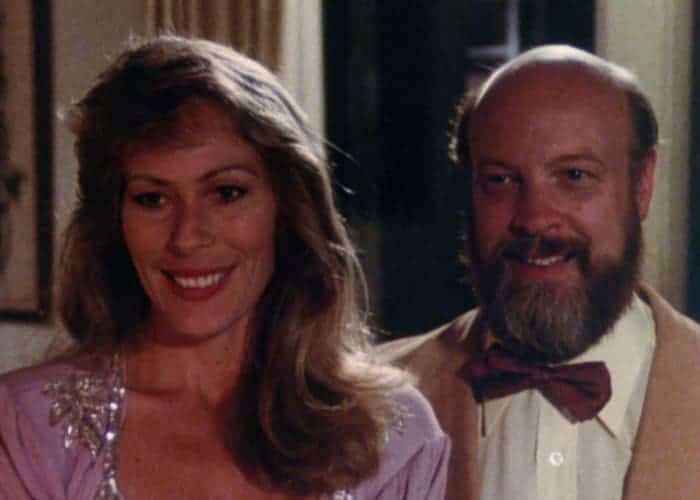 The next item on our fleshy menu comes with a side order of laughs. Eating Raoul tells the hilarious story of a prudish couple with dreams of opening a restaurant, but they’re broke. So, they start killing swingers who frequent the orgies in their apartment block. As we all know, every apartment block has at least one person who hosts kinky sex parties. Just ask Chris Coffel. Anyway, soon their scheme is discovered by the eponymous Raoul, who agrees to keep their secret until things get weird. Saying anymore would spoil the movie, but the title gives away a lot. However, it’s how the movie arrives at the cannibalistic situation that makes it memorable. – Kieran Fisher In the early 70’s, British horror wasn’t known for its contemporary savagery. The landscape was more synonymous with Gothic horror, but director Gary Sherman had other ideas in mind. With Death Line he unleashed a socially conscious effort that was inspired by the bloodier fare coming out of America post-Night of the Living Dead. The film follows a police investigation into the catacombs of the London Underground, which just so happens to be populated by cannibals who’ve been dwelling there for decades. As a cannibal yarn, Death Line is a savage little treat. However, as a commentary on classism and inequality, it bites even harder. – Kieran Fisher The debut feature from visionary directorial team Jean-Pierre Jeunet and Marc Caro, Delicatessen is, like many of their films, almost unclassifiable. Part horror film about a landlord offing new tenants to feed to his neighbors, part comedy film of an out of work clown in a post-apocalyptic landscape trying to make the best of his Chaplin-esque life, part love story between the clown and the daughter of the homicidal landlord-cum-butcher, part class-revolutionary story between the have’s and have not’s in a stark new landscape. Above all else, the film feels cut from the same cloth as Jeunet’s latter film Amelie far more than his visually similar follow-up The City of Lost Children, in that the film is heartbreakingly earnest and endearing. Despite the amount of cannibalistic consumption in the film, Delicatessen is ultimately one of hope and love in the face of a world set up against you. – Jacob Trussell Being a child and thinking your parents are strange is something most of us can relate to. When you’re little your parents may as well be aliens because they’re so different from you that they must be from another planet. For little Michael things are no different, aside from the fact that his parents are murderous cannibals. Bob Balaban’s excellent dark comedy shows us paranoia through the eyes of a child set to a 50’s aesthetic. Think Leave It to Beaver if Ward and June were members of the Donner Party and played by Mary Beth Hurt and pre-lunatic Randy Quaid. – Chris Coffel 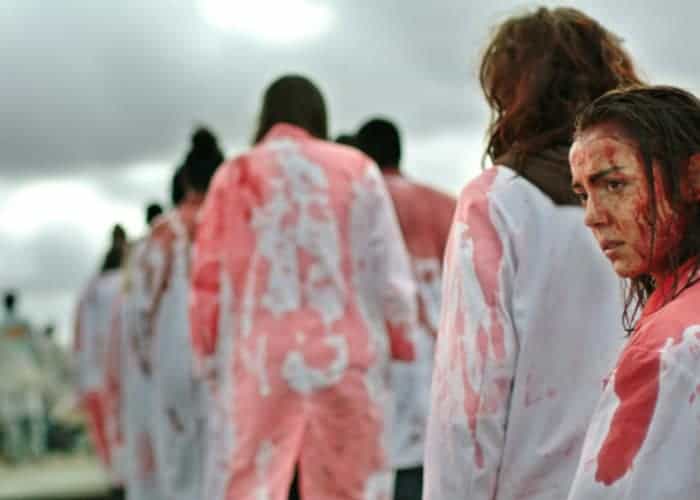 Cannibal-Coming-of-Age is a genre we didn’t know we wanted but here we are. Then again, apart from eating other people, the runner up for horrible bodily betrayals is definitely puberty. A grounded personal drama with a sprinkle of awkward college comedy, Raw sees a sheltered veterinary school student developing a hunger for human flesh. In more than one sense. Just like any kid going out into the world for the first time—controlling repressed cravings (be it for independence or man-flesh) can yield horrifying results. But hey, college is the perfect time to make mistakes and get messy, right? – Meg Shields There are more than a few iconic horror films that may have felt unassuming on release but grew into cinematic legends over the years. George Romero’s Night of the Living Dead and John Carpenter’s Halloween share a shelf with Tobe Hooper‘s tale of a flesh-eating family on the lookout for tasty visitors. It’s stark, raw terror unfolding on the screen, and while it’s relatively bloodless our minds can’t help but envision the gory results of torn flesh and chewed-on human giblets. The saw is family, and family dinner is where they come to celebrate the saw’s bounty. Amen. – Rob Hunter “Eat to live. Don’t live to eat.” Easier said than done, am I right? Especially when you discover that the consummation of human flesh can increase your natural abilities to supernatural heights. Robert Carlyle stumbles into an old west Sierra Nevada fort and discovers a band of military misfits. The losers are perfect fodder for his endless appetite, but he bites off more than he can chew when Guy Pearce grows a backbone. Antonia Bird’s demented satire expertly rides the line between comedy and terror. She happily skewers the arrogance of America’s westward expansion, and never betrays the violent reality behind such outlandish entitlement. Ravenous is a savagely brutal grimace of a movie. It is a repulsive, but addictive watch that always offers leftovers to be reheated on the stove. – Brad Gullickson

Eat more entries in our 31 Days of Horror Lists!